These 4 ingredient fancy cucumber sandwiches are easy to make and my faaaaaaavorite appetizer or party food ever! 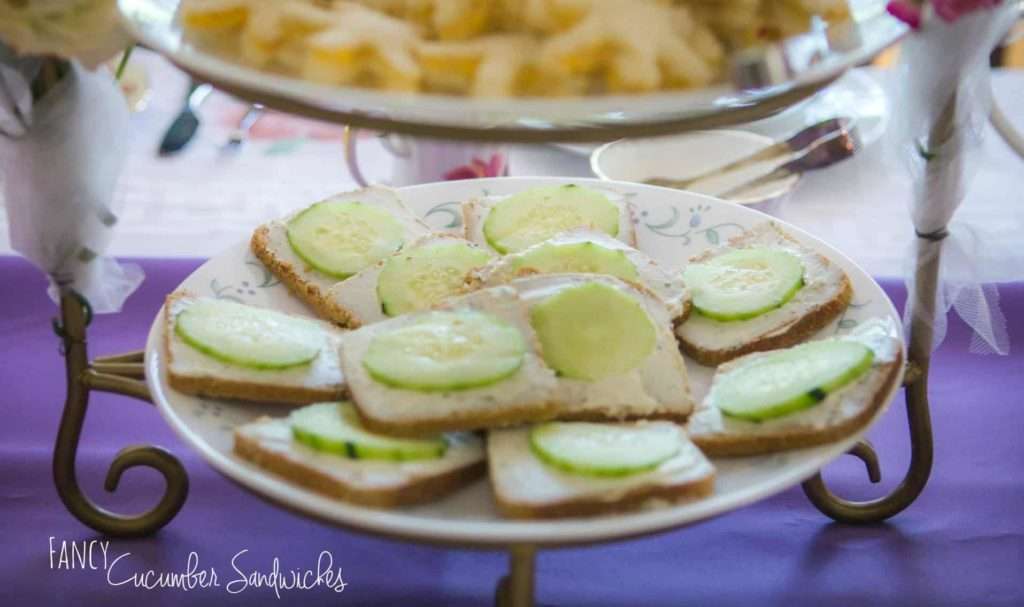 I have held off on posting this recipe for far too long. Ever since my sister-in-law introduced me to this appetizer years ago, I have been obsessed! Not just a little obsessed, but like full on, every time there is a party, I need these bad boys there.

For my 30th birthday party where the theme was 30 bites for 30 years and everyone was asked to bring a dish to pass, I not-so-subtly asked my sister-in-law to make them. In the picture where I’m holding a plate of food in the overview post I did, you can see one of the little sandwiches poking out.

This past weekend I just so happened to be celebrating one of my friends’ bridal showers. The theme was a tea party, and so I just knew that it was the perfect opportunity to make these. I mean fancy sandwiches? Tea party? They go hand in hand, right? 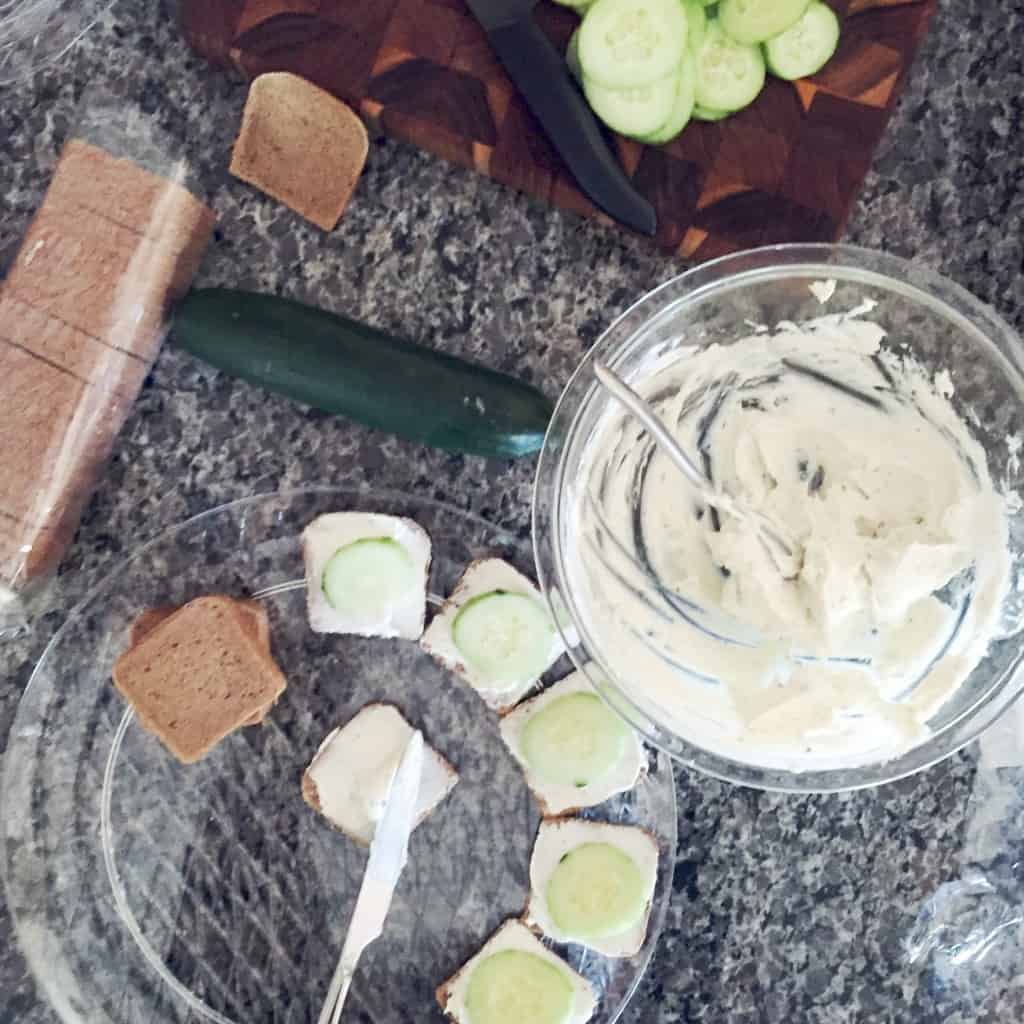 My friend had no idea I was coming (she lives in Raleigh, NC), so it was a little surprise for her. I even took some photos the day before of my hubby and I to post on social media so she would be unsuspecting! It was so hard to keep it a secret too, especially because she sent me a text as we were setting up for the party saying she had a dream about me being there! I texted back emoji of hearts and umbrellas (because it was a bridal shower) because I didn’t want to lie to her lol.

The stars also aligned so that my friend Lynn (from the blog Order in the Kitchen) was able to come as well (speaking of Lynn, I made her Mexican Hot Chocolate con Tres Leches cake for cinco de mayo – here is my pic of when I made it, it was so good) and good thing she was able to come because I don’t own any hats…and she has a whoooole gorgeous collection and let me borrow one – so the fascinator hat you see me wearing in the picture is hers (below is a pic of the guests – center in white is the bride-to-be, Charlotte). 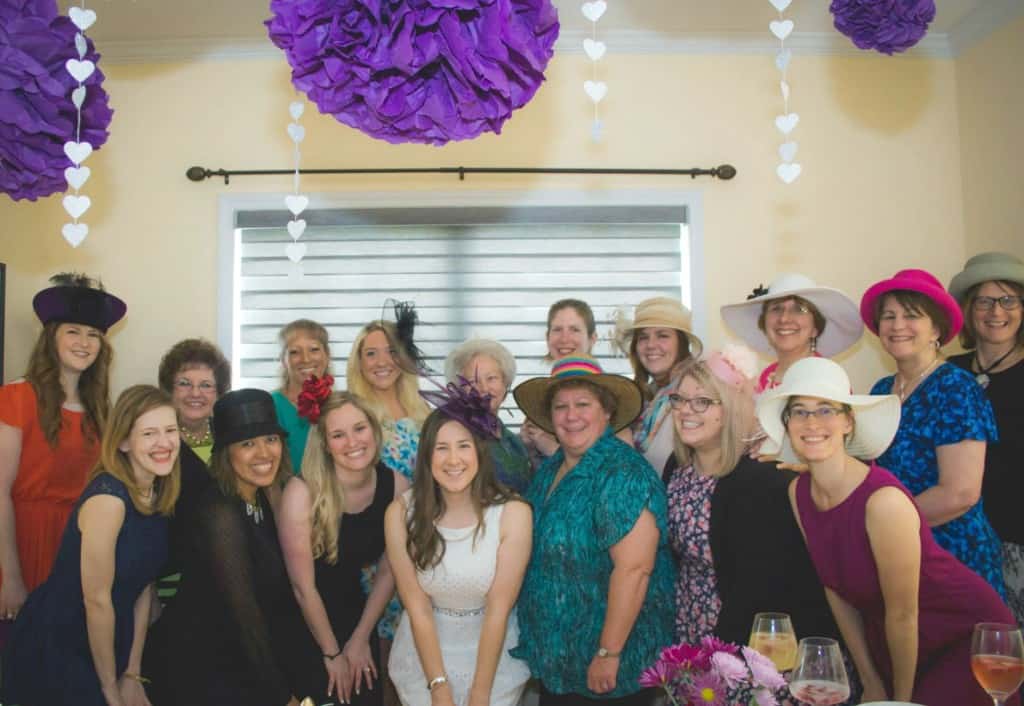 Here are a few more pictures from the bridal shower (from top left, Charlotte with holding the cucumber I was about to slice and I, the gorgeous set up – Janet-the Maid of Honor, hand made all the decorations, she even made the beautiful purple and white poofs you see! A mimosa bar – definitely mandatory at a bridal shower! And then Janet and Charlotte cheersing with mimosas – no mimosas for Janet’s daughter until she turns 21 lol). 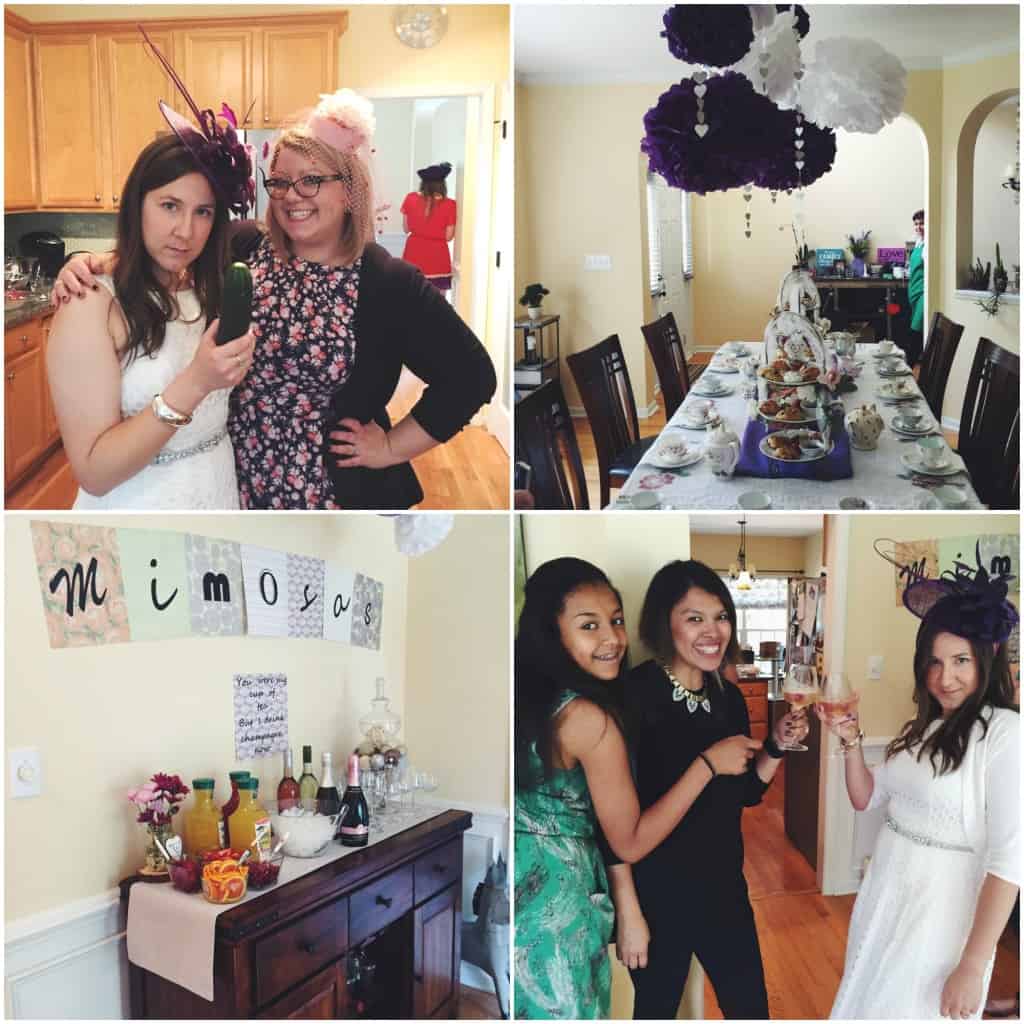 To make the cucumber sandwiches all you need is 4 ingredients: rye bread (they usually sell it by the deli counter), cucumbers, cream cheese, and a packet of ranch dressing. You then mix the cream cheese and Ranch seasoning together, spread a layer on a piece of bread and top with a cucumber slice. Super simple but suuuuper delicious! 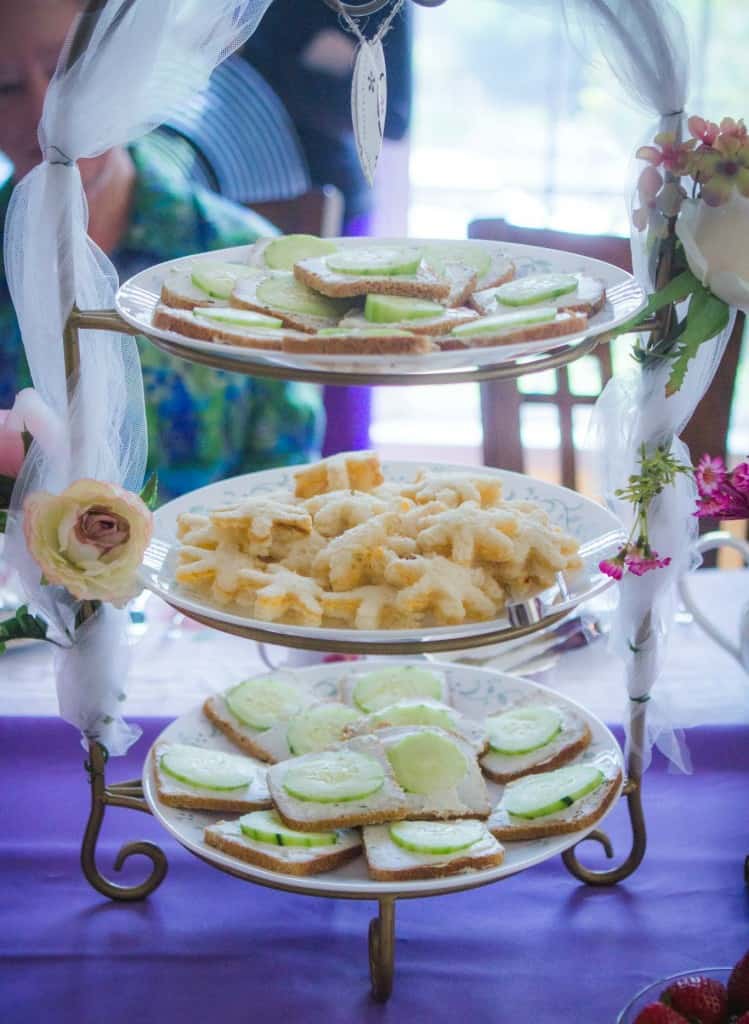 Looking through my camera I came across this pictu

Of course I was up late finishing some work after

By the time I get home from work, I’m zonked. Th

Do you own a pressure cooker/instant pot? I don’

If there’s one thing I run out of all the time..