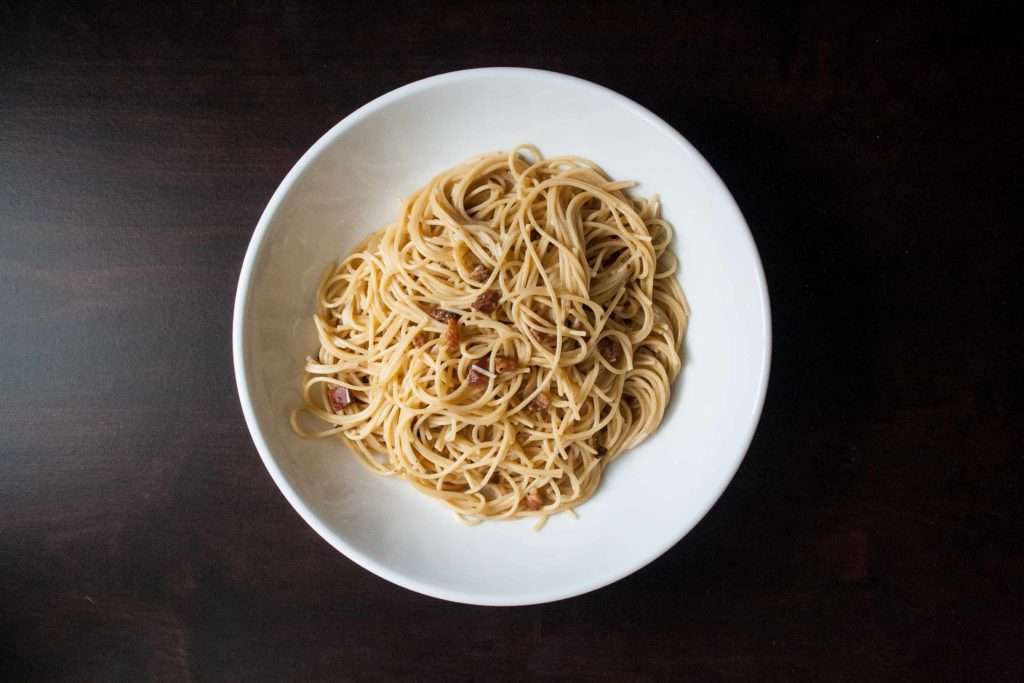 Phi here – I’m currently ‘out of the office‘ but I’m sure you won’t mind with today’s deliciousness, brought to you by Lynn from Order in the Kitchen. Words sometimes fail me to describe how much I love Lynn. She has become such a close friend, and she is just one of the most fearlessly loyal and amazing women I have ever met. I know you’ve heard me talk about her a time or two (ok, maybe more like three, or four, ok five plus times…) and the cool thing is that as this post goes live, I will actually be seeing her! To keep up to date with my traveling, be sure to follow me on Instagram and also show love to Lynn-you can find her on her blog, Instagram, Facebook, and Twitter. Without further adieu- here is Lynn:

So this is the Carbonara that almost wasn’t.  And when I say it almost wasn’t, what I mean is that I had already made it and photographed it (beautifully, I might add) and devoured it in one sitting (this happens on a regular basis in my home), and then I went to upload the photographs to my computer and POOF they were gone!  Ok well maybe not “poof!” and completely gone, but because my husband had my computer in New York for practically the whole week to take his exams, and I was left with his virus-filled horrible PC aka my old computer) I had no choice but to try to upload them onto that computer.  Once I had already selected “import and delete” I patiently waited for all 300 files to upload to the computer so I could email them to myself and then edit in the Lightroom app on my phone (YES my life really IS this complicated when I don’t have my computer!!!!)  I also had a lentil recipe on there with some gorgeous photos for a sponsored post, so keep that in mind as I explain what happened next… 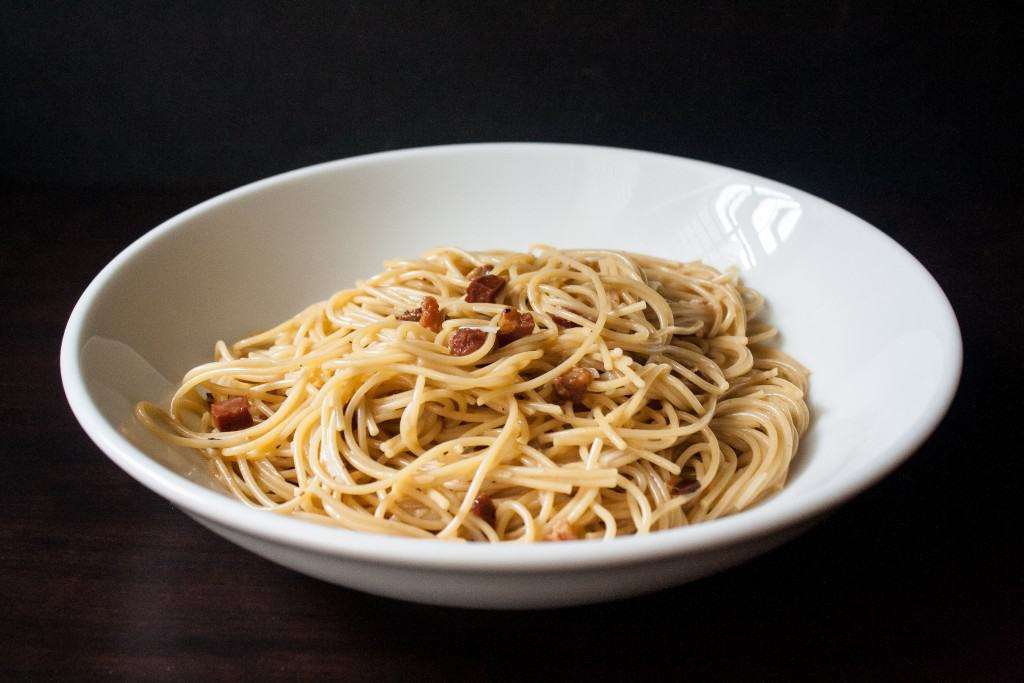 So no sooner had all the photos uploaded and deleted, and I attempted to open one, did I realize they were all in the wrong format!  Turns out, that just because my cool Mac can take RAW photos (CR2 files) and convert them into JPEG after I edit them in Lightroom, does NOT mean that all computers are capable of doing such things.  This was pretty much the worst thing ever.  I was already exhausted from filming a blog video that weekend, as well as entertaining my sister for her 21st birthday (which was a significant reminder to me that I’m nearing 30 based upon my desire to fall asleep long before last call!).  I could not imagine the process of converting each photo one at a time from CR2 to JPEG, despite SweetPhi sending me a link with information on how to do it.  It just wasn’t worth it. 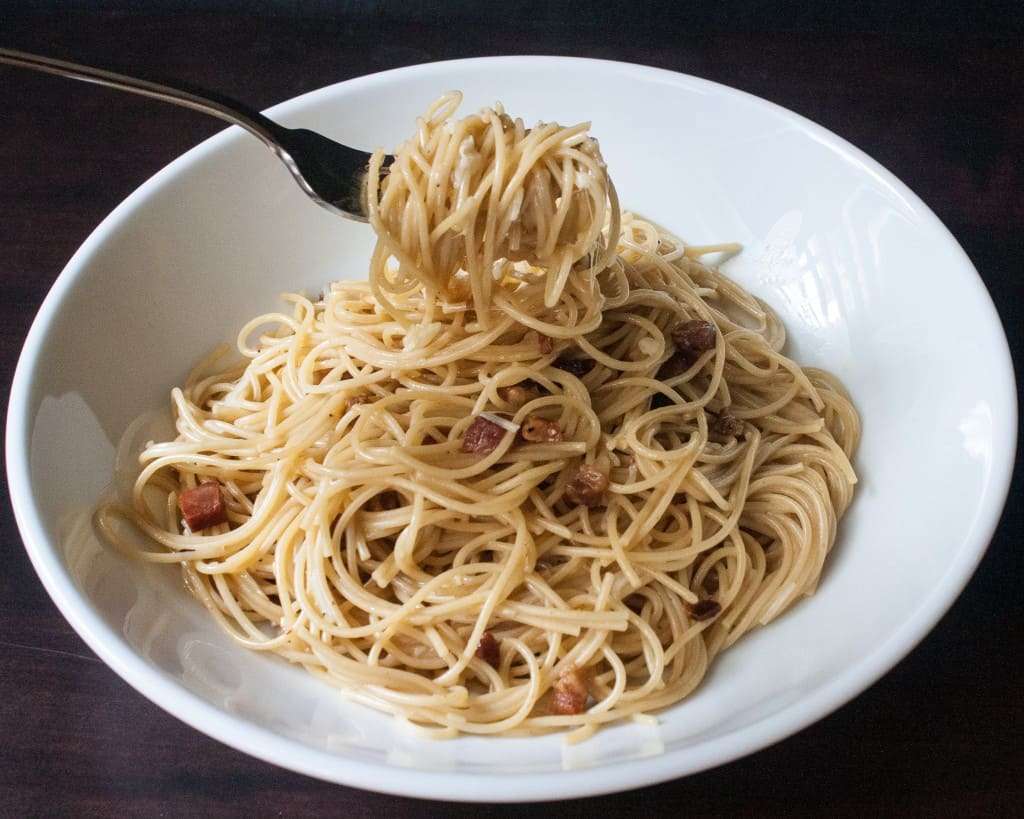 It was truly LESS effort to make this meal again and re-photograph it, than to attempt to save these photos.  Why? Because I literally make this meal once a week.  If I don’t make it one week, it’s because I’m on vacation, on a work trip, or just too tired to make anything at all that week (rare but yes, it happens!).  This Carbonara is truly a staple in our household.  I’ve gradually increased the amount of pancetta in the recipe because my husband is the true definition of a meat lover.  The best part about this Carbonara is that it only takes five ingredients (so it’s perfect for Five Ingredient Fridays!) and is super simple and quick to whip up.  That’s why I make it so often, and it’s truly my “go-to” recipe when I’m utterly exhausted after court or just don’t have the brain capacity to think of another recipe to make.