Whenever I have late meetings or am running short on time I make this 5 ingredient ramen with an egg – it’s my favorite quick and easy dinner recipe! 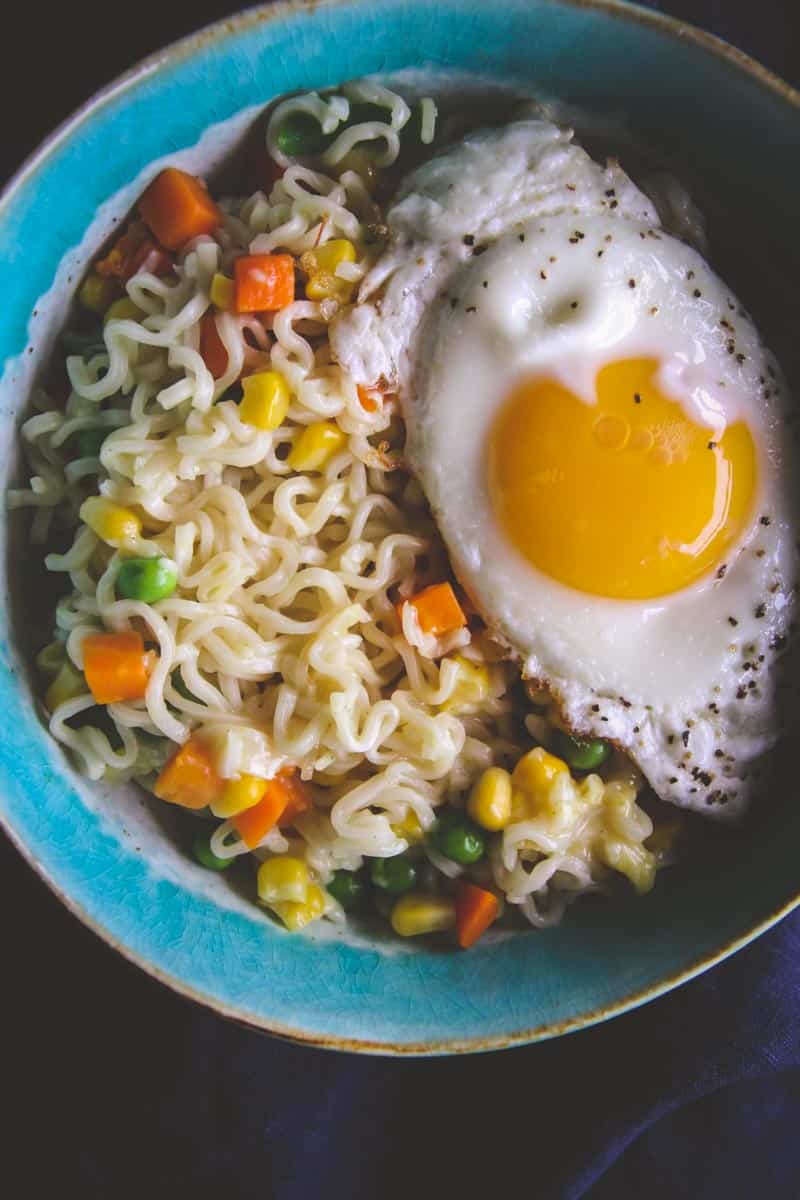 A few weeks ago I had a meeting that ended at 10:30 pm (thanks again to team Envy Creative who lets me meet with them after work while we finish up tweaking my new website redesign). By the time I got home I wasn’t quite thinking straight, I had been at work since 7 am and now it was well past 10 pm and my tummy was grumbling! Nothing was open on the way home and I immediately thought of this ramen dish. 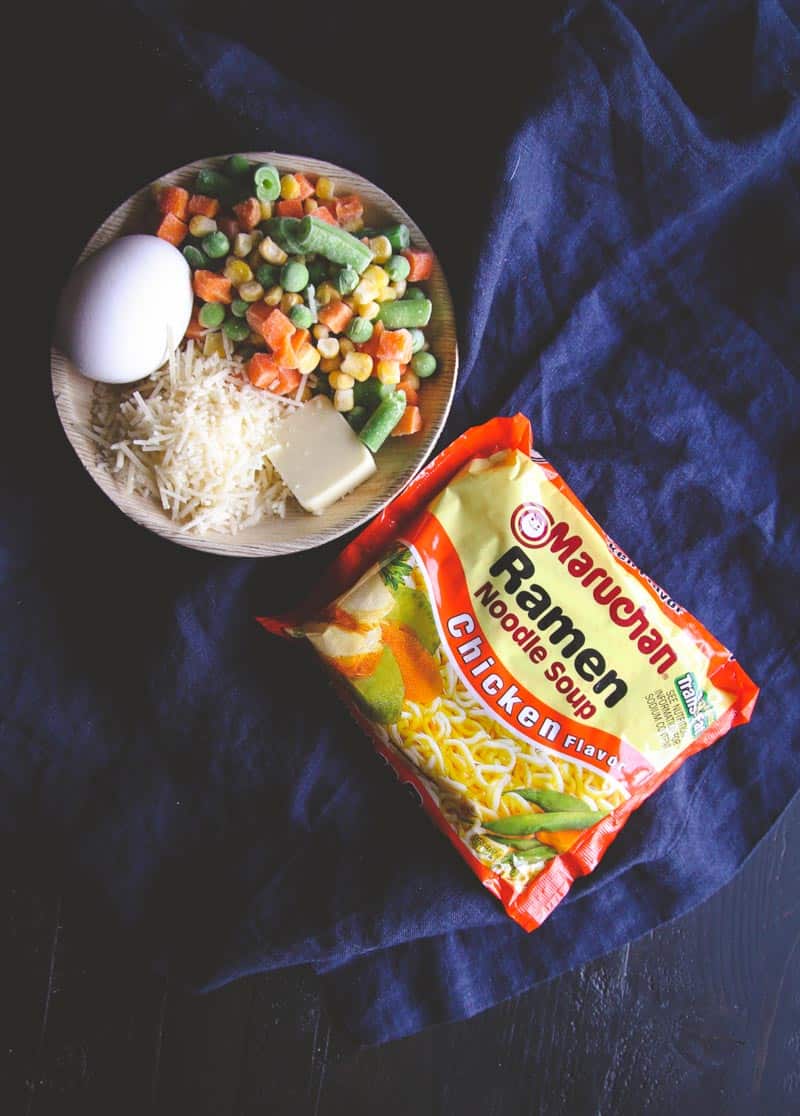 And yes, we’re talking about the ramen that is 50 cents (note, you can buy it on Amazon for 42 cents – savings people!!) 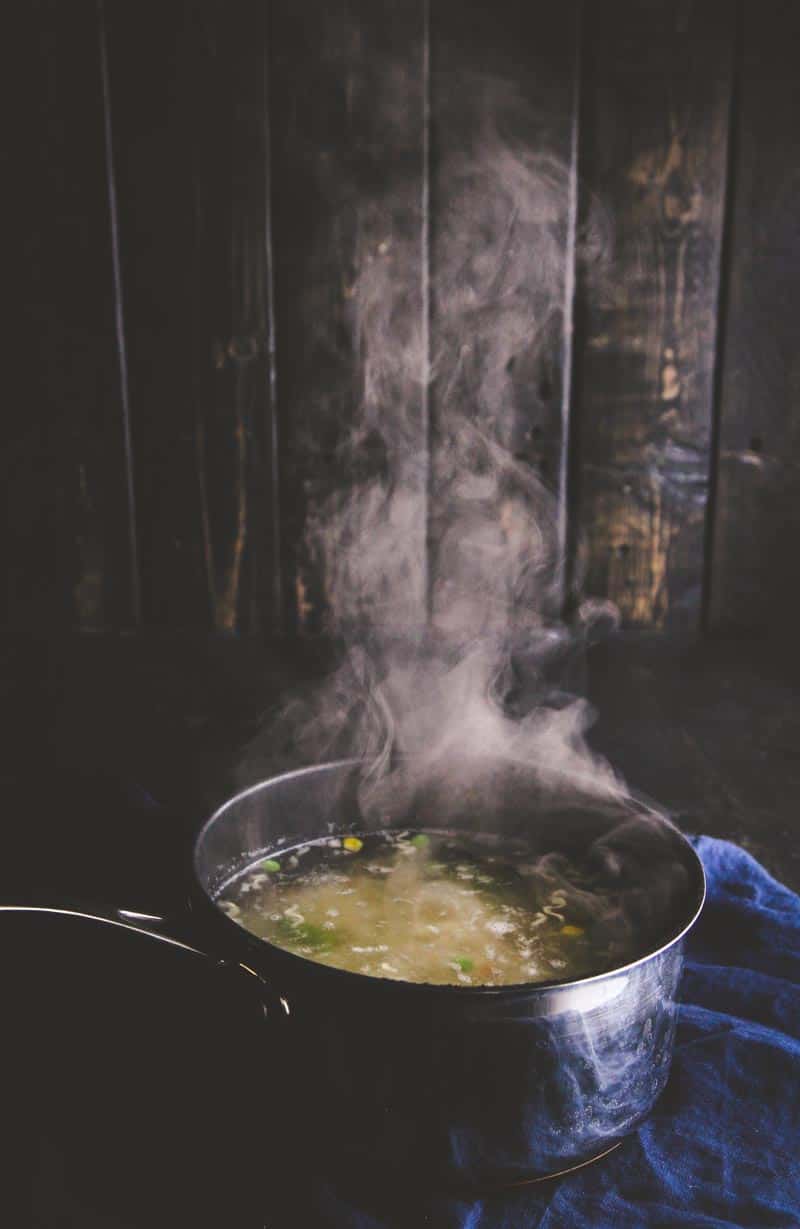 Ever since college years ago I seem to always keep a few packets of ramen in my pantry. I think it was back in college that I realized the magic of ramen. It’s a noodle dish but it doesn’t have to be made into a brothy soup.

What I do is remove the little seasoning packet and then boil the noodles with frozen vegetables (while the noodles and veggies are cooking I fry an egg) and drain the water off and then return the noodles to the pot and add in a little butter and the seasoning packet and stir in a little parmesan cheese and top it with a sunnyside up egg. With the yolk that runs over the cheesy seasoned noodles it reminds me of a ramen carbonara, it’s seriously SO GOOD! 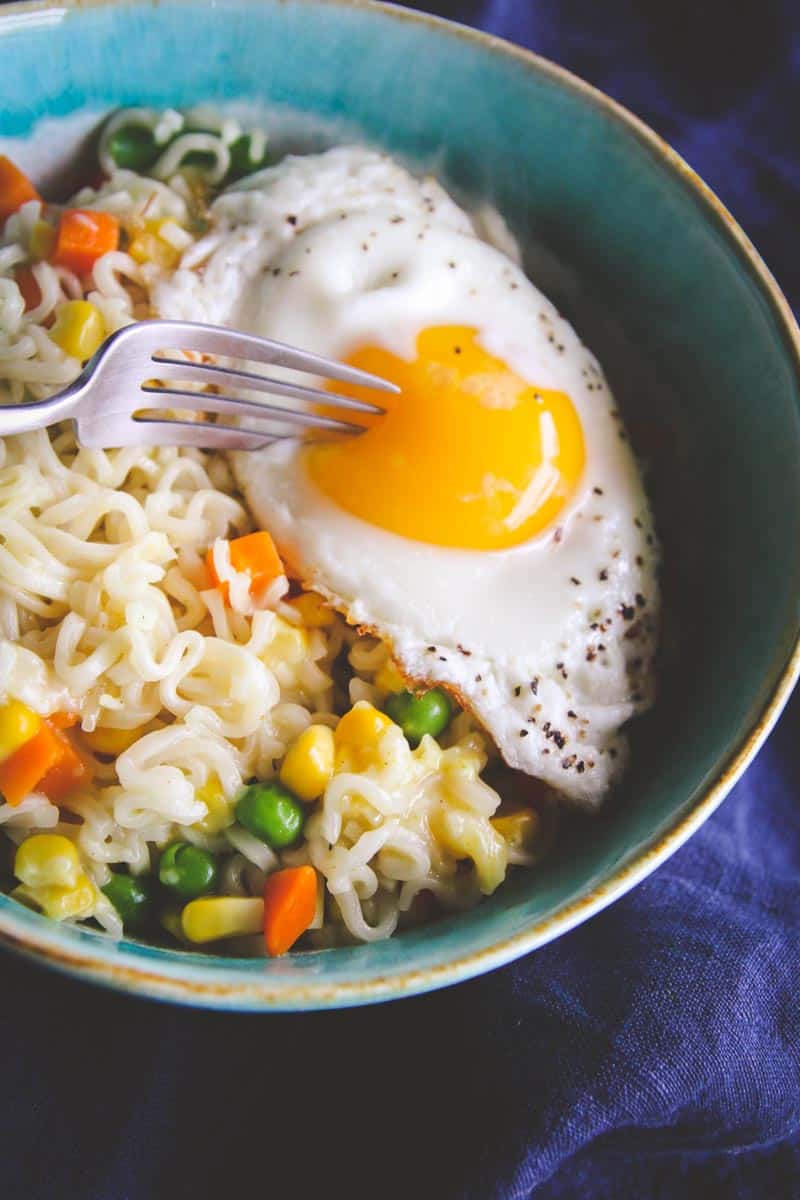 The meal in its entirety (boiling the water/frying the egg, etc) only takes 15 minutes! And there’s no prep or anything, it’s quite literally one of the easiest and best dinners ever (not to mention one of the cheapest dinners!)

**UPDATE** This recipe received such a fantastic response and people love it on pinterest that my editor requested I add it to my cookbook Fast and Easy Five Ingredient Recipes: A Cookbook For Busy People!! 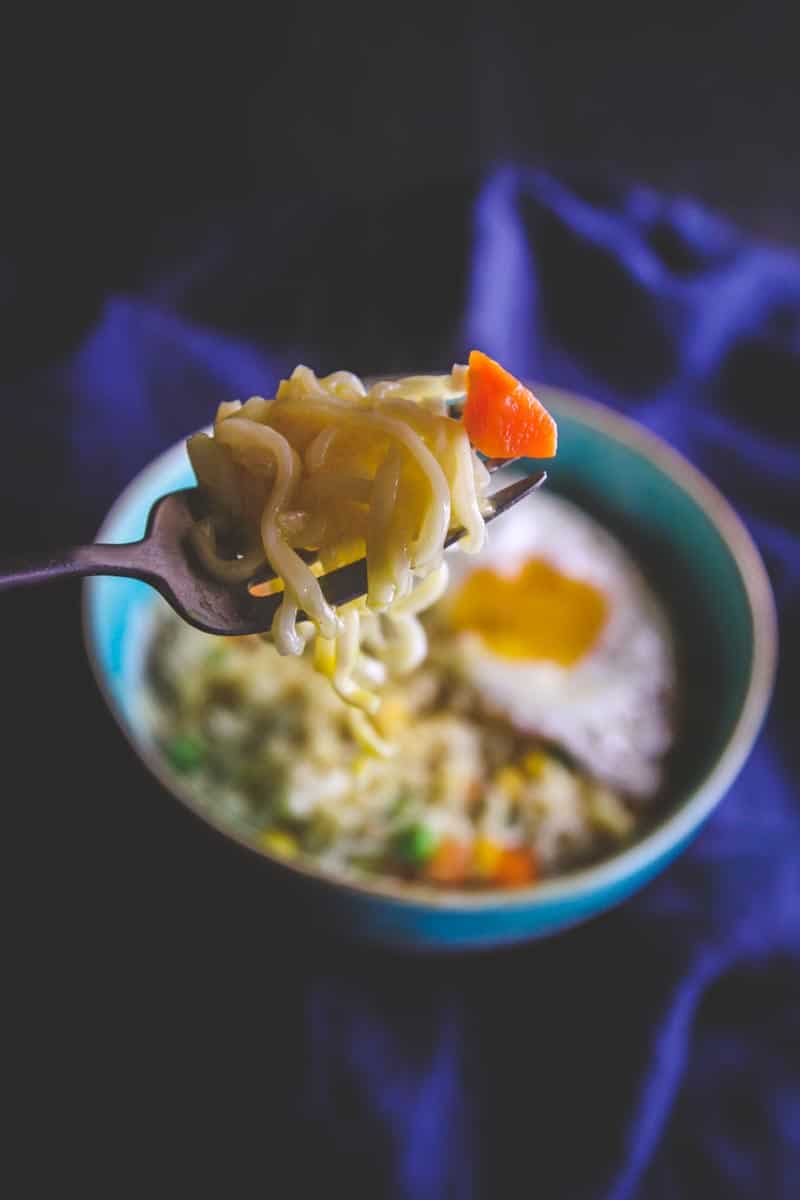 I always love having this for dinner when I want to mix it up a bit but don’t have the energy or time to make anything else – it’s my go-to (like for example right after Thanksgiving, the last thing I wanted was the same kind of foods so I made this and it was just what the doctor ordered, so if you’re getting sick of the same foods try this to mix it up!)

What is your go-to meal or what do you make when you’re super short on time but still want a home cooked meal?