This cinnamon sugar pecan challah braid is a light and airy bread with a sweet and slightly crunchy outer crust that would make the perfect addition to your next brunch or Easter celebration. 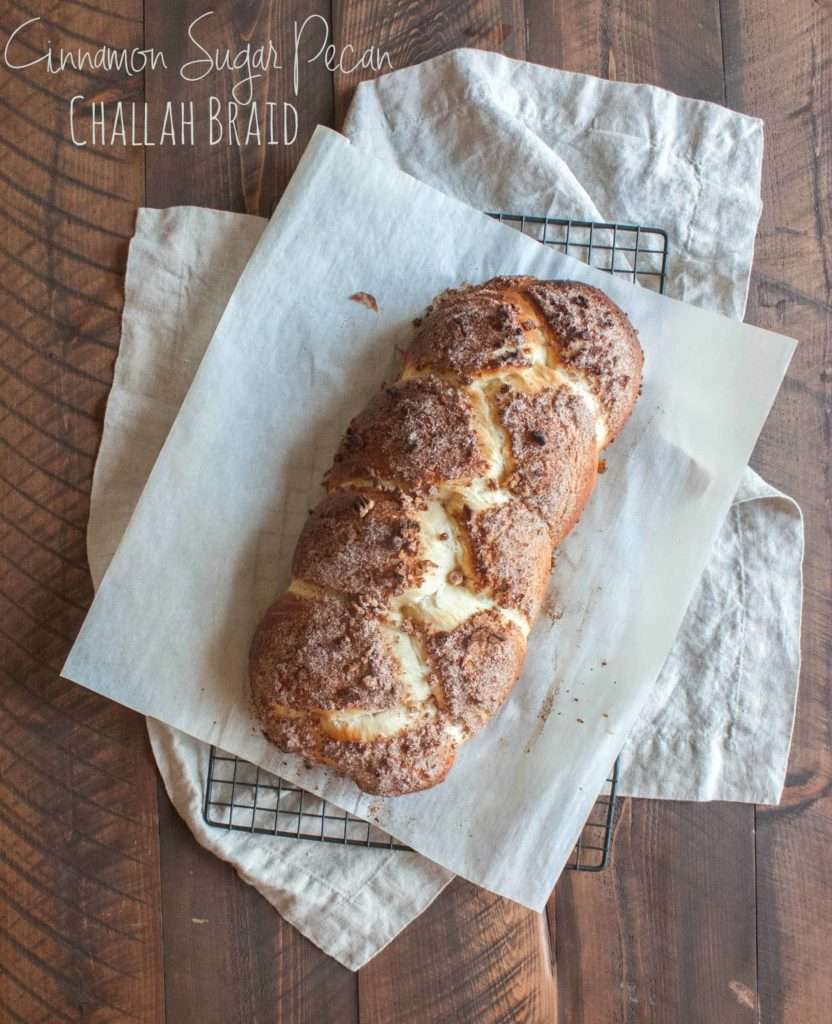 I feel like I want to do a little happy dance or perhaps just use one thousand exclamation points when I talk about how good this bread is!!!(<- just imagine 1,000) You all know how I feel about cinnamon (hint, it is very positive, it is a ‘cinnamon on everything’ type feeling) so combine that with freshly baked bread, and I’m eternally happy. 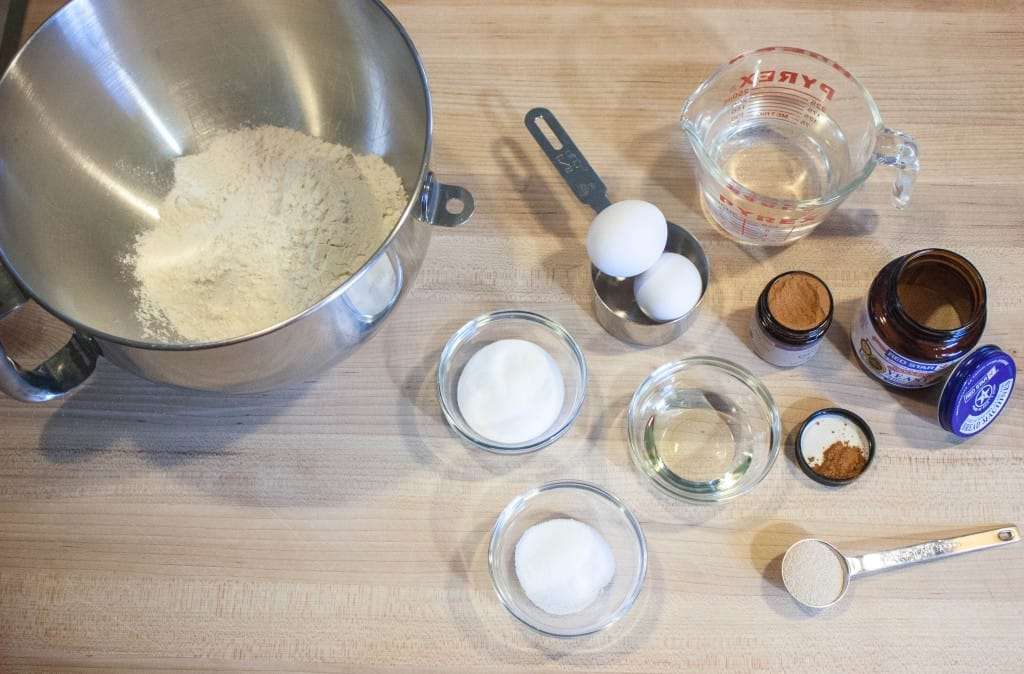 Bread making is an art. It requires patience. It requires being able to put faith in the fact that the yeast will do its thing. So whenever I am in the bread baking mood, I always seek the assistance and guidance of my father-in-law. He makes bread every weekend for family dinners, and in a very interesting way, makes me not be impatient when bread baking. When normally bread baking for me would involve some cursing and staring, lots of staring, impatiently at the clock. My husband and I will go over to his house, and I’ll talk about the different recipes I want to make and he just patiently sits there until we’ve talked it through and are ready to get baking, then he sets the Red Star Yeast on the counter, and I know we’re ready to get baking. 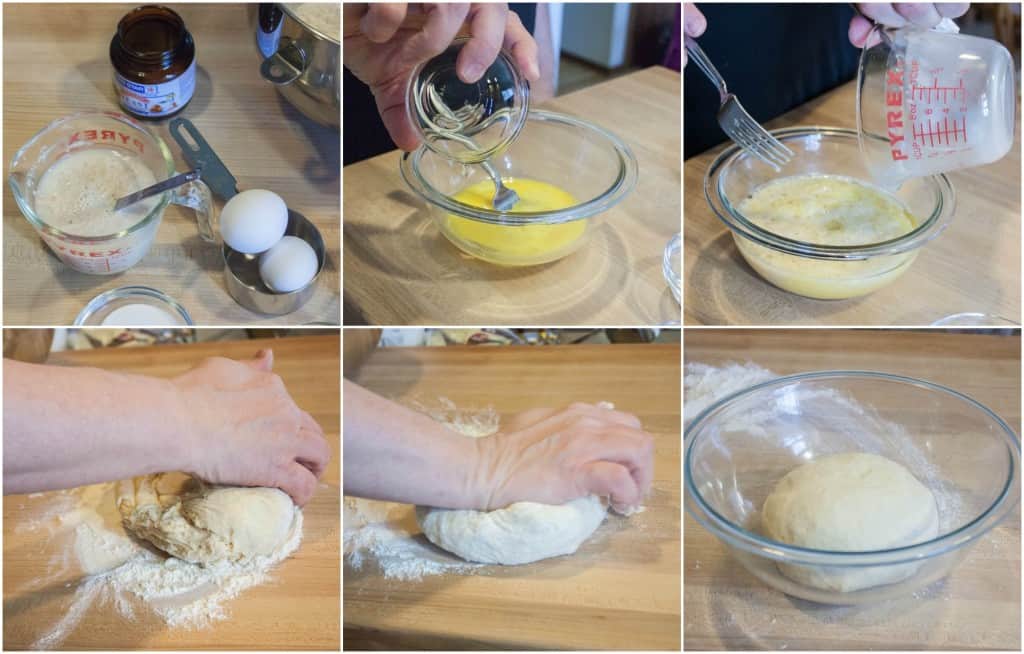 On top of making bread on the regular, my father in law makes breads for specific holidays. Last weekend, I was feeling all the wonders of the beautiful Spring weather, and wanted to bake something that would reflect the light and airy qualities of Spring, as well as be perfect for the upcoming Easter holiday. Something that could be enjoyed all by itself, or would go well on a brunch table.

Challah was the answer.

Sweet, soft and delicate, Challah bread is the perfect type of bread that can (and should) be included on brunch menus. And while challah bread alone is great, it is elevated by having a cinnamon sugar pecan topping. The sweet and crunchy topping bakes into the braid crevices, so that when its done baking and you’re slicing the bread, you get little bits of sugar that have caramelized together. 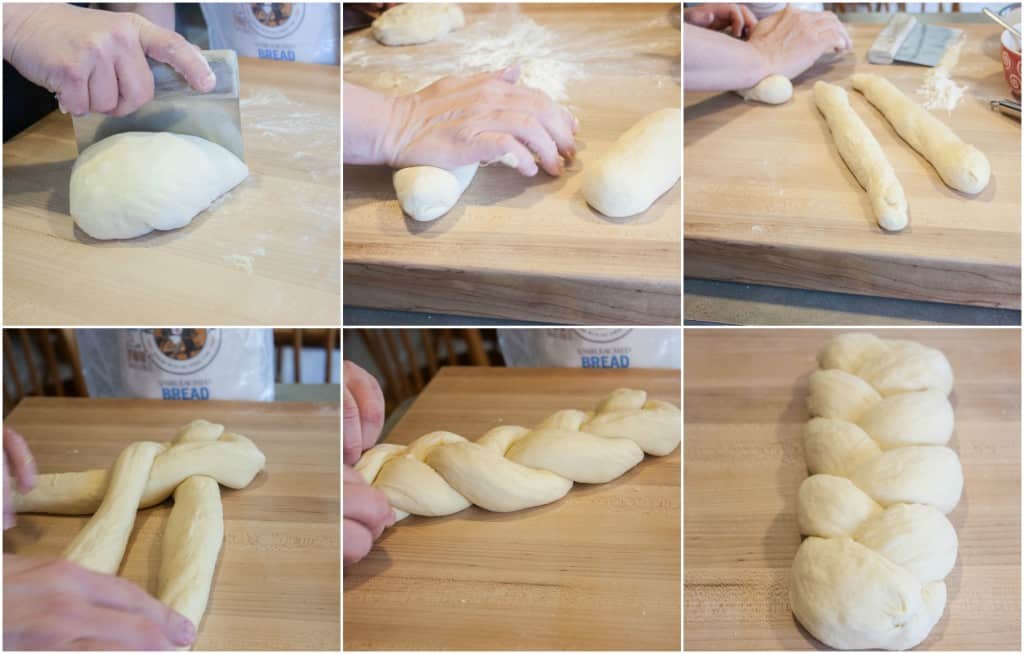 Speaking of the braid…just picture me in the kitchen with my father-in-law, there are three sections of dough all rolled out and ready to be braided…and he (in a joking way) asked me if I knew which piece to start with and how to braid bread. What? Shouldn’t I be asking him that? I broke out in a little sweat and before I could even answer, he had braided the bread. I’m talking like 2 seconds tops and he had braided the entire loaf! He laughed and told me that he used to braid his daughters hair so he was an expert. I can assure you, my braid of bread would not have looked the same. It probably would have been lopsided with some bumps.  But whatever your braid looks like, it will taste delicious! 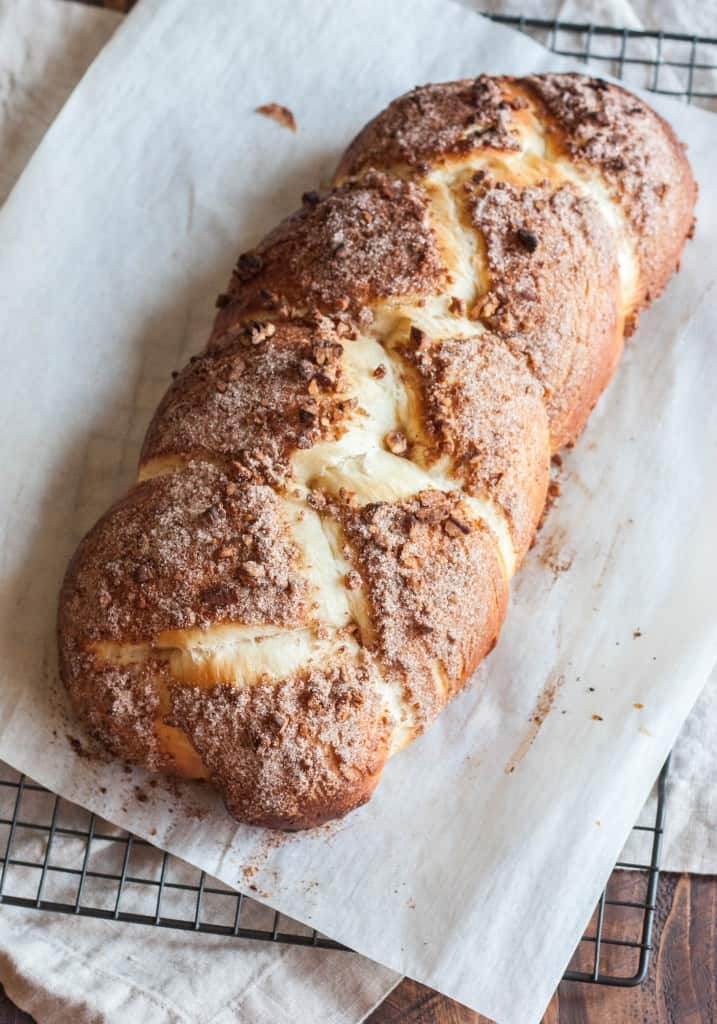 And if you follow me on instagram, you’ll already know how fun the photo shoot of this bread was for my husband (click here for the picture.) He had to cut the bread (isn’t that the coolest bread cutting device you’ve ever seen in the pictures? It is a saw-type thing that my in-laws had at their house, it’s specifically used for bread cutting) and then I told him I wanted a picture of him spreading butter on the bread. The sun was shining perfectly, so I didn’t want him to block out the rays of sunshine so he had to couch down. Hahahaha, oh man, that picture will forever bring a smile to my face. 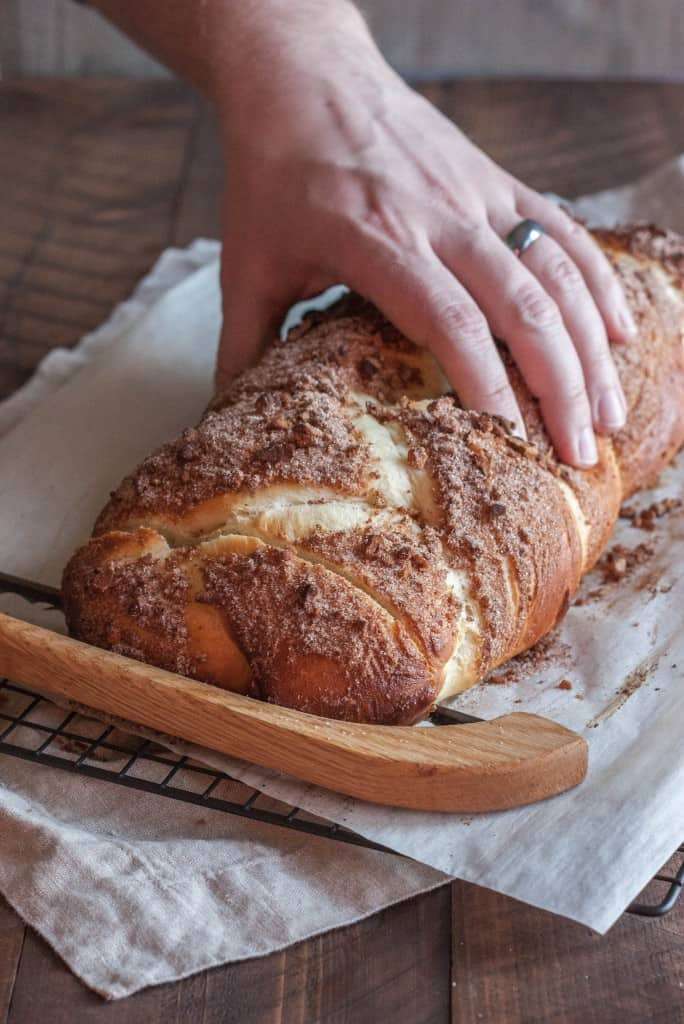 I’m happy to report that after getting to try a slice, he said the hardship was worth it! 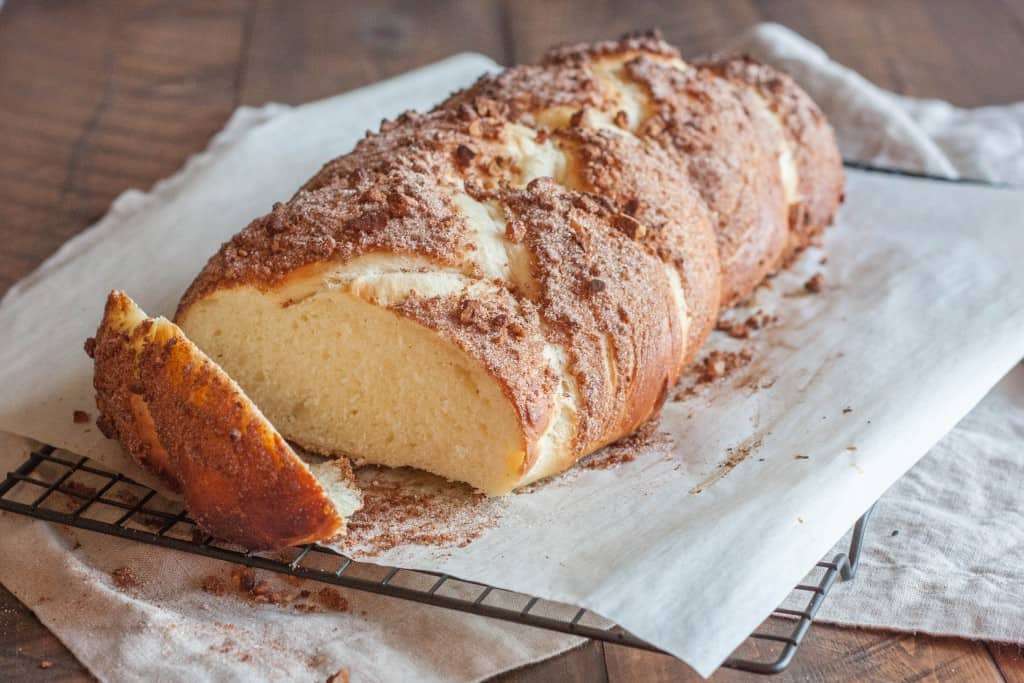 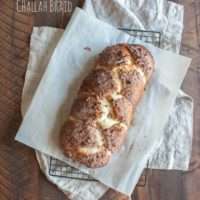 Next weekend be sure to include this cinnamon sugar pecan challah braid into your brunch plans, it is fantastic by itself with a little bit of butter or marmalade, or would work perfectly for french toast like these 5 ingredient french toast sticks I just made. 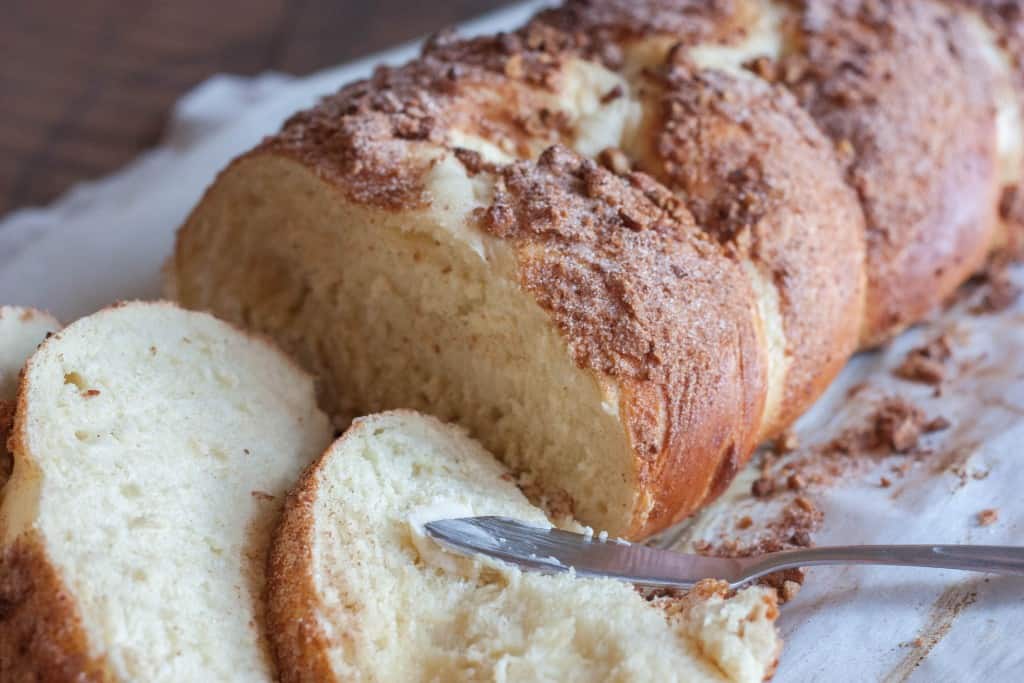 Do you bake bread for Easter?

This deliciousness was sponsored by Red Star Yeast, all opinions are as always my own, thank you for supporting the brands and products I love that make the Sweetphi blog possible

Real life: phone smudged with makeup from calls an