The beautiful outdoors and camping can be enjoyed even more by having delicious food (trust me!) so today I’m sharing my favorite camping recipe: sausage pepper onion and potato packets! 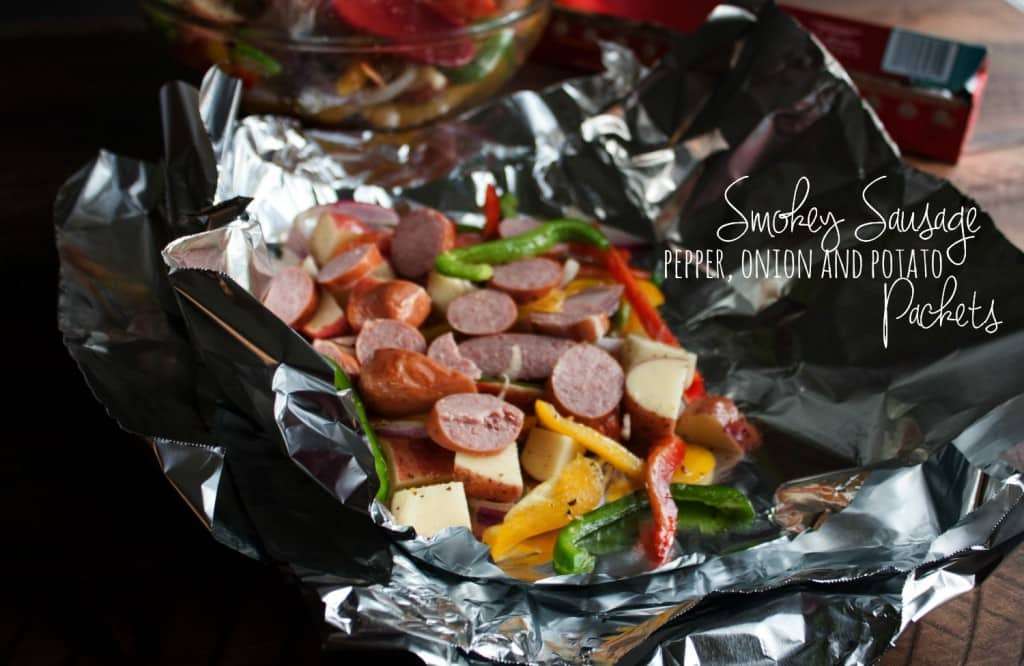 Being outside, relaxing while looking at all that Mother Nature offers, sleeping in a tent, sitting around a campfire with friends, and enjoying delicious campfire food and s’mores (or, as our friend say ‘mallows’) … that is what CAMPING is all about!

On top of what seems to be like the busiest summer to date (read – it has been a very $$ summer) we have several weddings to go to (again, read – $$) so instead of going on a summer vacation this year, we decided to take a little camping trip.

Part of my desire to go camping was also to show my hubby (who has NEVER been camping by the way…yet owns a tent and camping gear) how fun it could be.

When planning what I wanted to make, I was thinking of things that would taste good with added flavors of campfire smoke, so I of course thought of smokey sausage, peppers, onions and potatoes (a favorite of mine) and of course, I couldn’t keep from getting excited at the thought of making campfire s’mores. …because really, what is a good camp fire (or summer for that matter) without some s’mores?

Knowing what I wanted to make, I headed on over to my favorite Wisconsin grocery store, #MyPicknSave to get all the ingredients I’d need, and was pleasantly surprised to find that Pick ‘n Save made it so easy for me to get my shopping for my camping recipes done…upon walking in, they had a display of peppers (I’d like you to note that my dress and the peppers match lol). And then, when I was walking through the store I came across an adorable s’mores display! 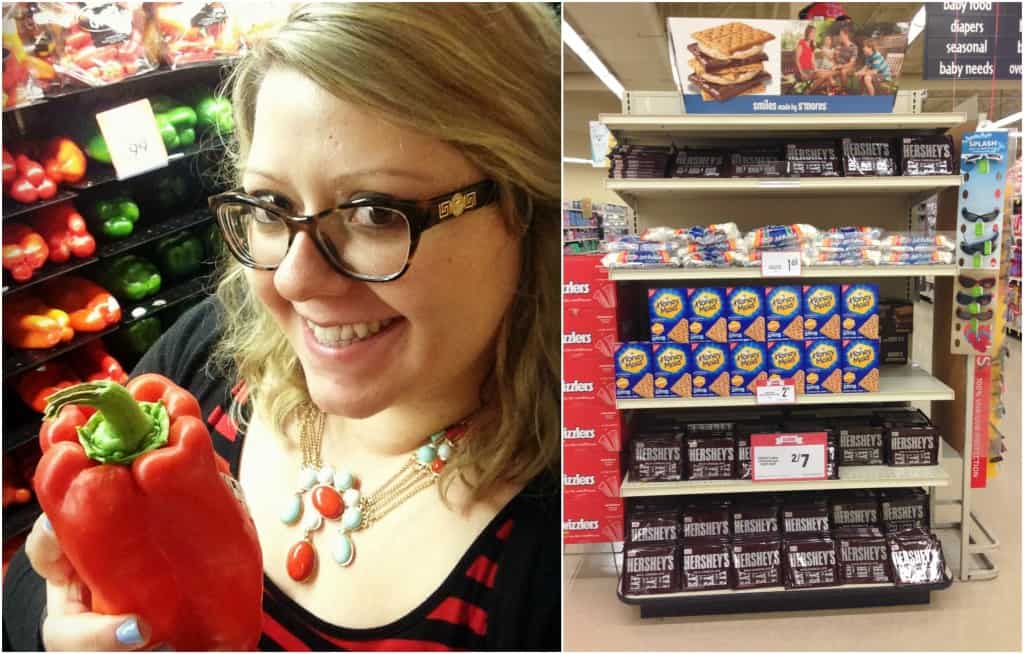 Now I’m going to share with you the biggest key to successful campfire cooking: ALUMINUM FOIL! Buy a heavy duty roll for your campfire cooking, and you’ll be thanking me! 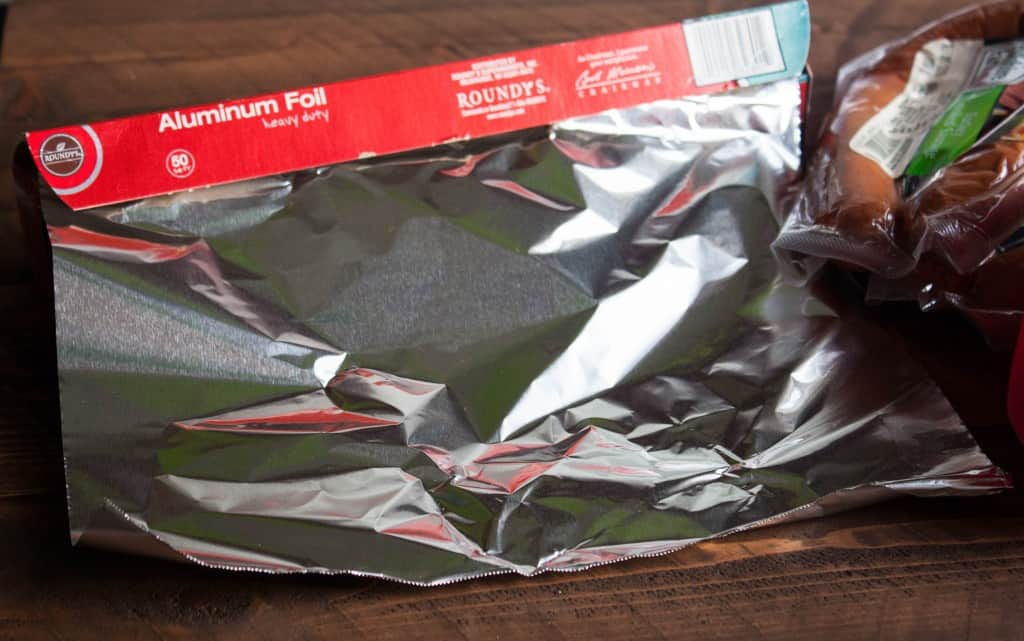 The menu for our camping trip was as such:

To make the campfire nachos: foil line an aluminum tray, pour a bag or tortilla chips into the tray, then cover with a bag of Mexican blend shredded cheese and place a piece of aluminum foil over the chips and cheese. Cook over campfire until the cheese has melted, then serve with salsa and sour cream! You’re going to be absolutely wowed at the smoky flavor the fire adds to the chips and your guests will be wowed too, because they’re eating nachos around a campfire!

To make the sausage, pepper, onion and potato packets: Lay 4 large pieces of aluminum foil down (lay one horizontal, one vertical, one horizontal, one vertical, so that they’re like a crisscross. Then cut up all the veggies and sausage (I used turkey sausage, but any sausage you’d like would work) and toss them with some olive oil and seasonings. Spoon a few heaping spoonfuls into the center of the aluminum foil that is on top. Fold only one layer of the aluminum foil over the sausage and veggies (like you would be folding a present), then press down to get any air out. Flip the packet so that it is seam side down onto the next layer of aluminum foil. Then wrap it like a present, and repeat this two more times, flipping and folding each time. 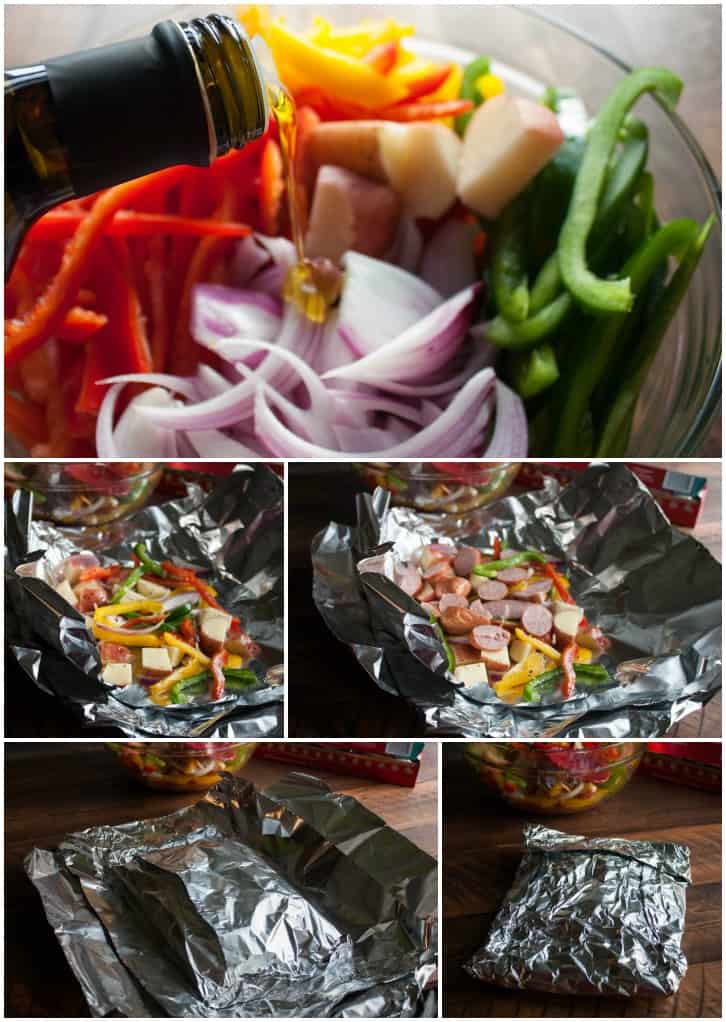 When you’re at the campfire, just place the aluminum foil packets on a grate over the campfire and flip them every 10 minutes or so, cook for 30-40 minutes, then remove them from the fire, cut them open and enjoy!

To make the drunken Oreo smothered s’mores: Pour one small Bailey Irish cream liquor bottle into a bowl (we only ended up needing 1 oz…I over prepared and bought us 4 mini bottles to use, I don’t think anyone minded a shot of Baileys lol). Have a small container of crushed oreos, and then chocolate pieces and graham crackers and of course marshmallows.  Heat a marshmallow over the flame, then when it is done cooking, dunk it in the Baileys, then roll it in the crushed oreos, then put it on top of 2 pieces of chocolate and in between two graham cracker crusts. Trust me, it will be the best s’more you’ve ever had. EVER! I mean, it’s a drunken, oreo smothered s’more. What’s not to love? 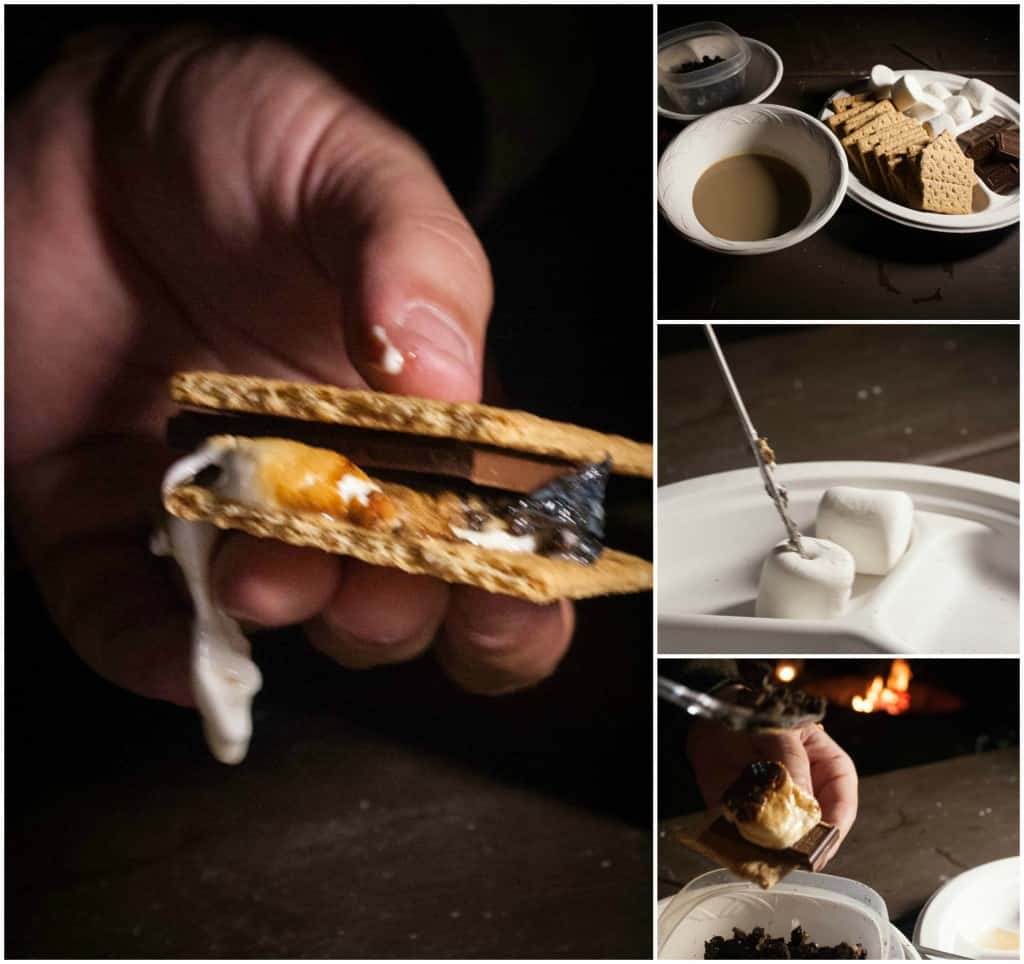 And as for my husband? I’m happy to report he survived his first camping trip…and I’m even happier to report he said he’d go again (but the next time we go, we’re heading out into the wilderness…there were people so close to us, I hated hearing noise from other campgrounds lol, I wanted it to just be us in the middle of nowhere, I’ll definitely report back when that happens! Want to see a picture of us around the campfire? I shared this photo on my Instagram of us camping). 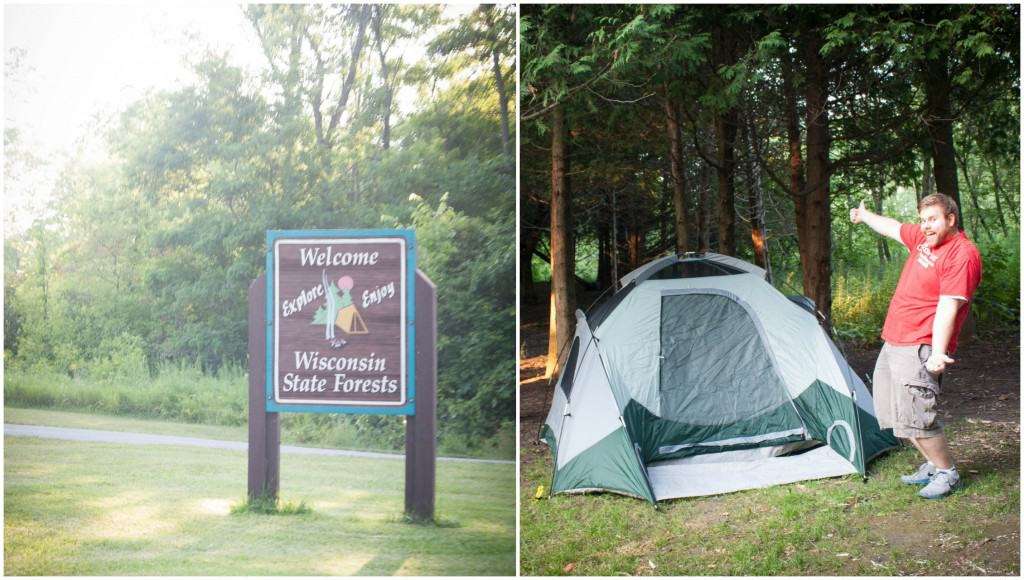 After having such great food around the campfire, my hubby said ‘I’m thinking of putting a campfire in our yard so we can eat this during the week’

This post with Pick ‘n Save ingredients is part of a compensated shop by Collective Bias, Inc. and its advertiser. All opinions are as always mine alone.

Ever wondered how to season burgers without buying