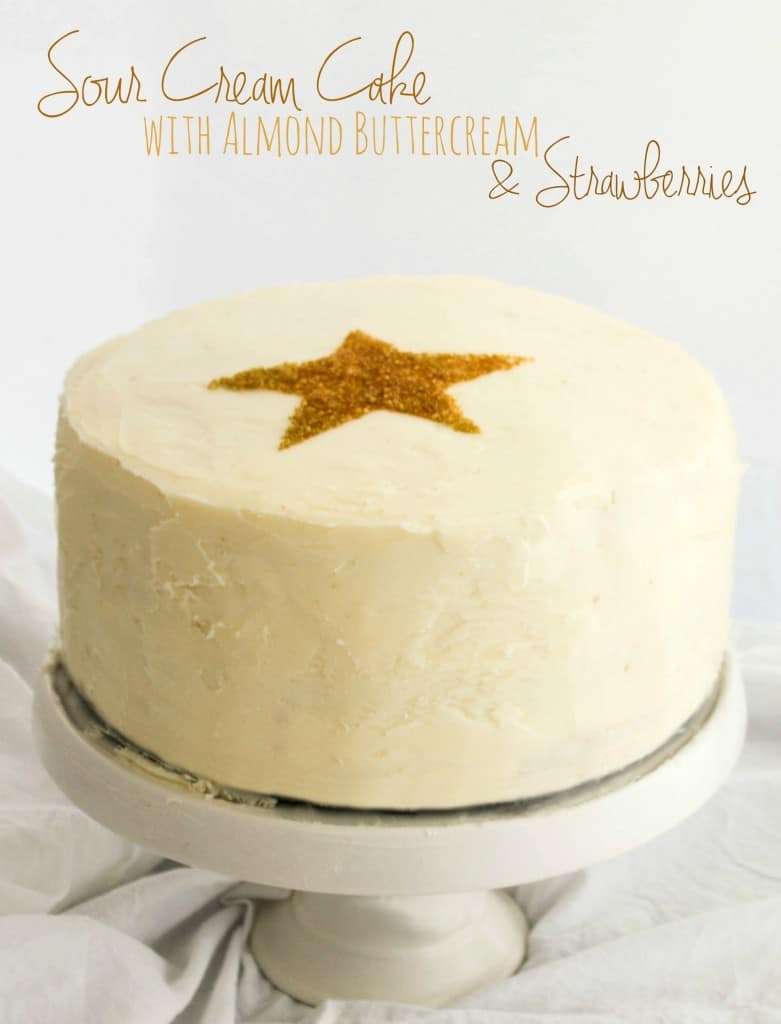 Happy Sunday! It’s been a while since I’ve done a ‘Sweet Sunday‘ where I talk about things I’m loving, so today I’m sharing with you something I’ve been wanting to share for a while.

A little over two years ago my older sister got married and had a backyard potluck for her reception. It was a very small and intimate event, and she asked me to make the cake.

It was the begging of June, very hot out, and I had never made a layered cake before and was up until midnight making it because I had work and rehearsal dinner for the ceremony until 9 pm….needless to say, the photos were horrible!

However, the cake was delicious. Superbly DELICIOUS!

The horrible pictures? Yeah, those were pinned, and re-pinned and re-pinned. I think at some point it was my most re-pinned recipe..nooooo!

The pictures have also gotten some not so nice comments (although true, still not so nice to read that someone says ‘the flavors look good, just don’t look at the cake’).

Since then, I’ve made the cake quite a few times, and the thing is, the recipe is spot on, but I always forget to take pictures of it!

It’s one of – if not THE- best cake I’ve ever made! The cake is super dense, yet moist, and holds up very well, then there is layer after layer of deliciousness. Such perfect flavor combinations of the almond butter cream and strawberries. 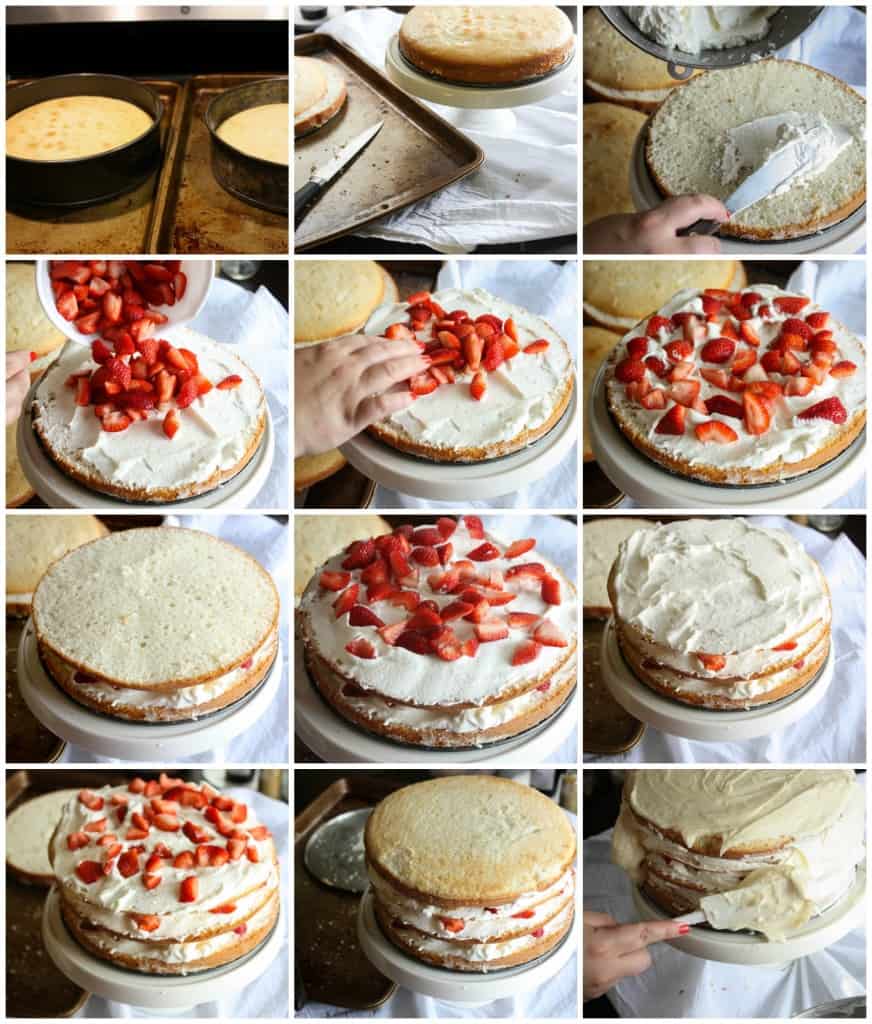 I made this cake for my little sister when she graduated from medical school and made a little stencil of a star and filled it with gold sugar! 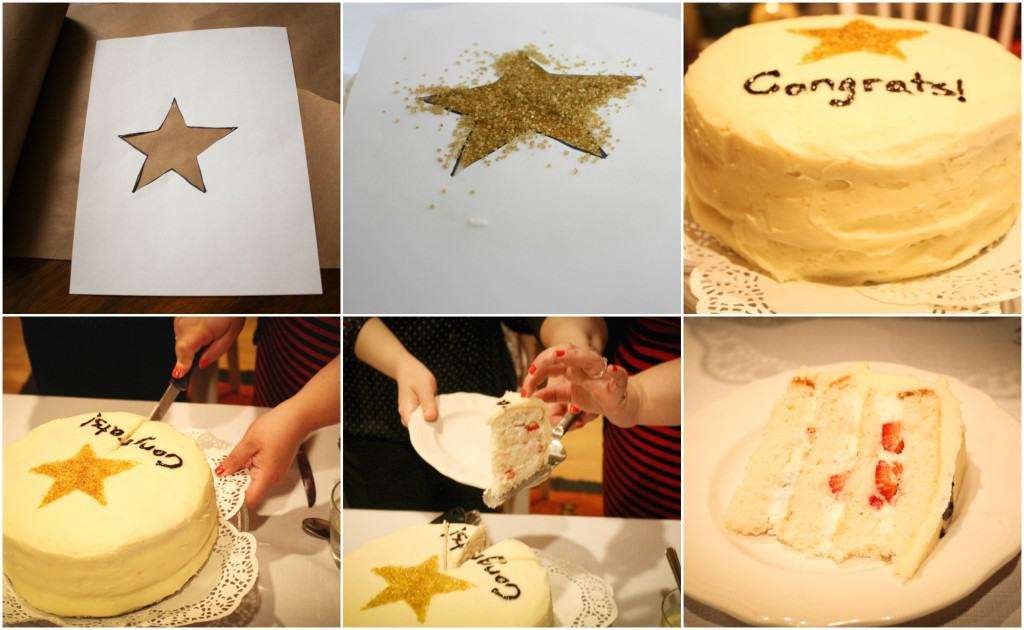 And, as Julia Child says: A Party without Cake is just a meeting! So next time you need a fancy cake, this is your winner! 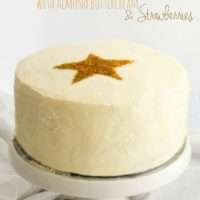 I don’t know who needs to hear this...but it’s