Jump to Recipe Print Recipe
For those that may have thought previously they didn’t love stuffing, you HAVE TO try this sourdough stuffing recipe and your mind will be changed – I promise!  This is a homemade sausage stuffing recipe made with sourdough bread and is the best stuffing I’ve ever had! 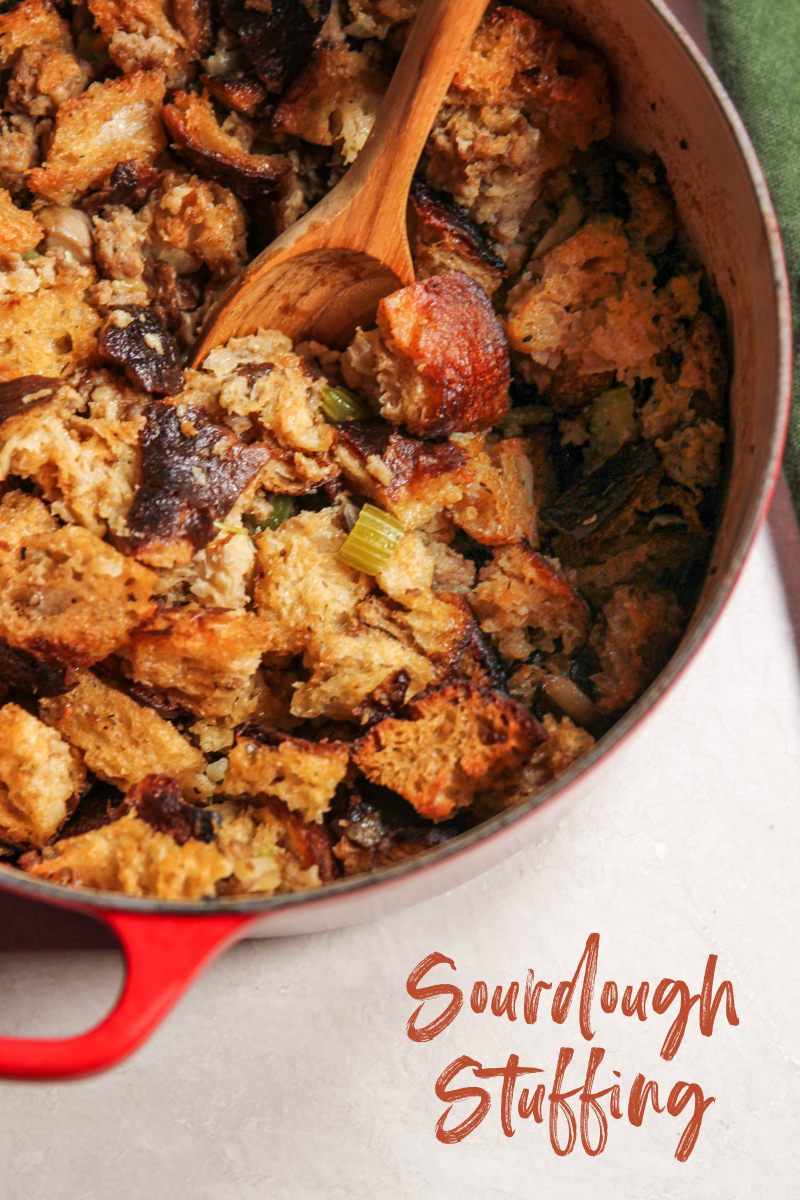 I cannot express JUST HOW DELICIOUS this stuffing is.  Seriously, I don’t even like stuffing, but this is the stuffing that changed my mind. I could eat a whole bowl of it.  I grew up eating the stuffing out of a box (you know this kind) and I honestly didn’t like when I had other stuffings that were homemade.
But then…I made this stuffing and it’s like I’ve been living under a rock and just didn’t know what good stuffing was supposed to be like! 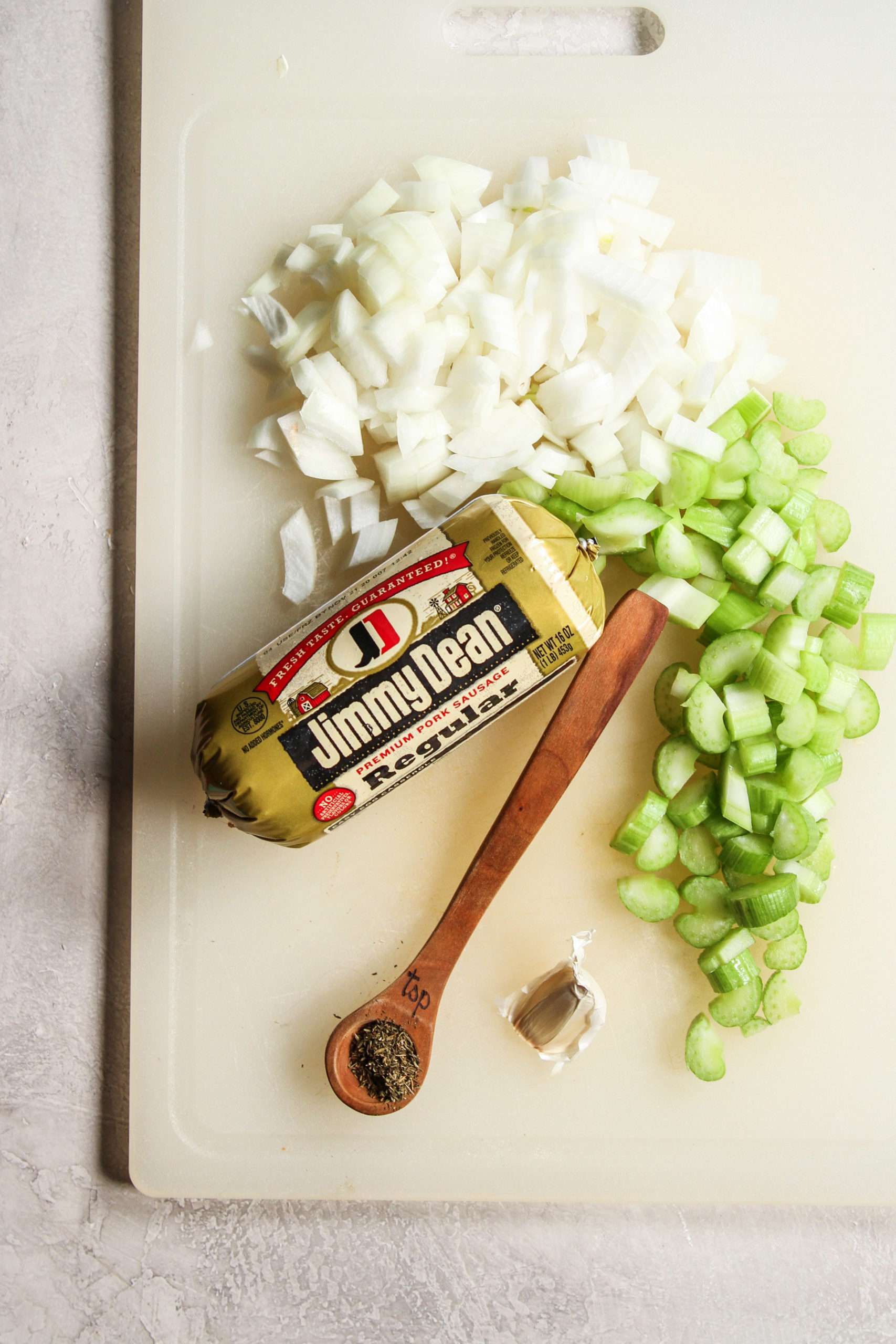 What ingredients do you need for stuffing made with sourdough bread? 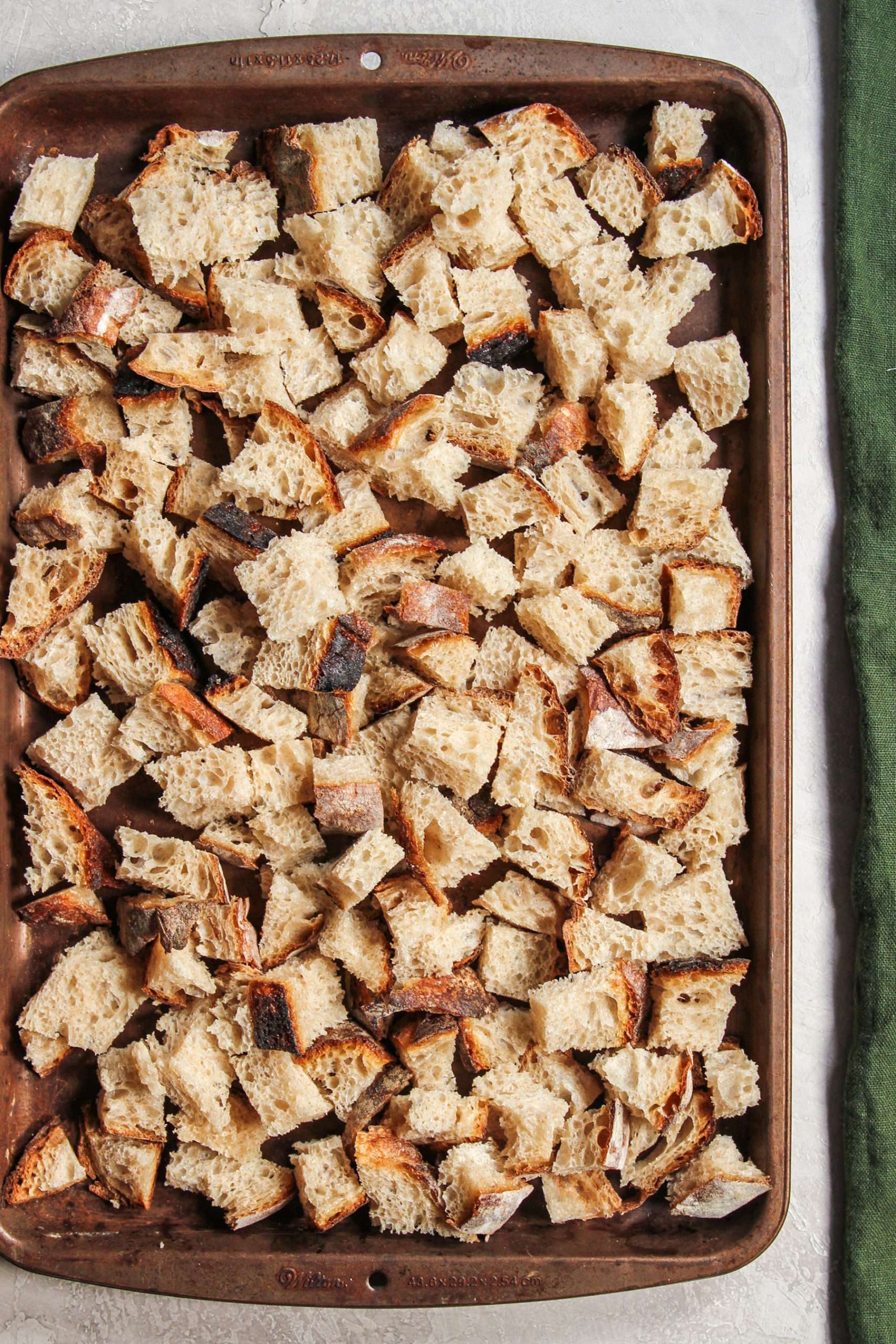 There a few things in this recipe that set it apart from a traditional stuffing that you may have previously tried. 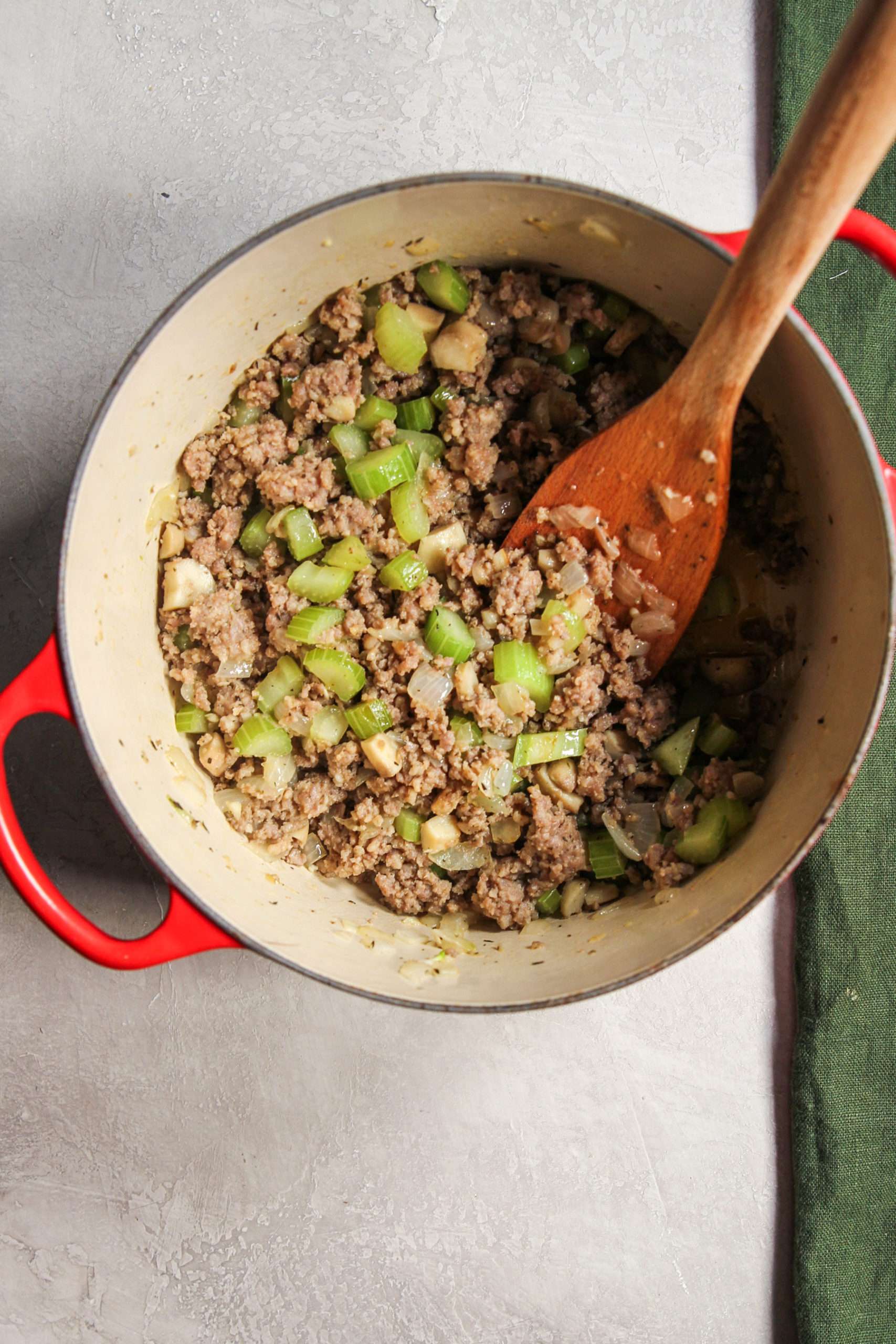 Around the holidays, I always make these delicious stuffed mushrooms.  They are made with stuffing and I used to use a box stuffing, but tried them with this recipe and they are simply outstanding!  If you’re making stuffed mushrooms, just chop up the mushroom stems and throw them in when you’re adding celery in this recipe. 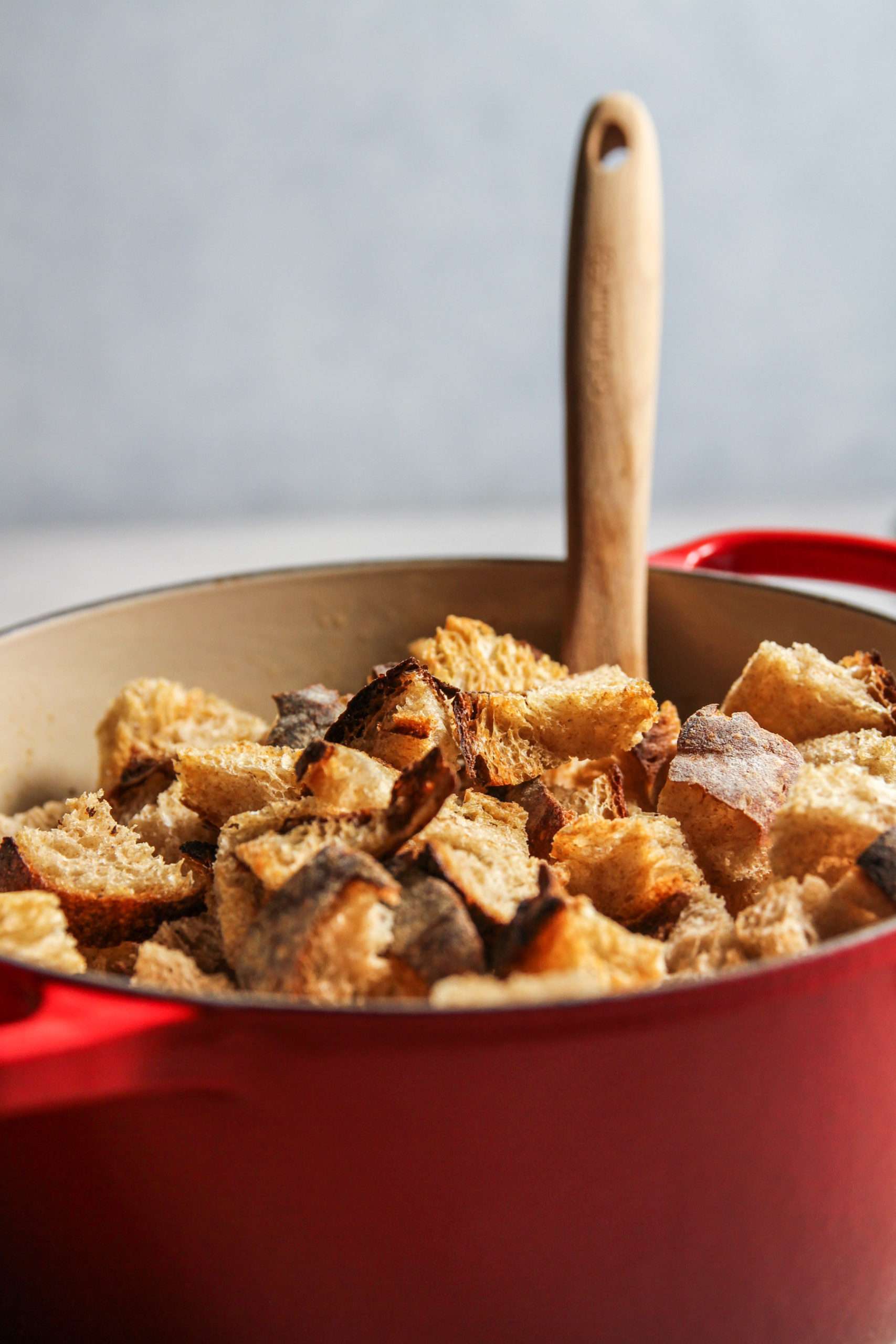 How do you make stuffing with sourdough bread? 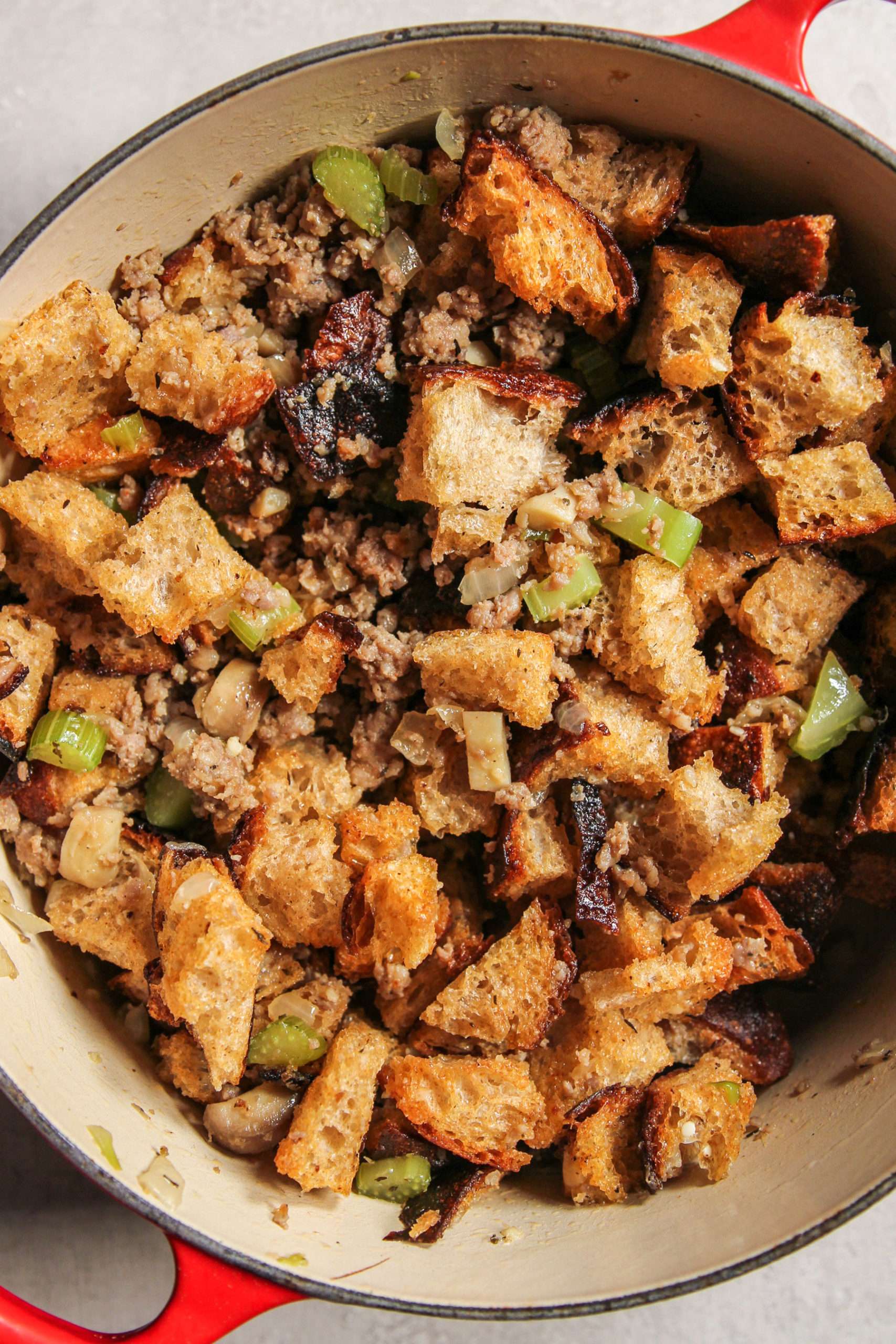 And in case you want to save some time on dishes, I like to make this sourdough stuffing recipe in a dutch oven so that I can use one pan to cook and bake it! 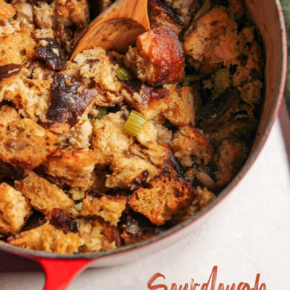 This sourdough stuffing recipe is made with sourdough bread and sausage and has incredible flavor and texture!
0 from 0 votes
Print Rate
Prep Time: 40 minutes
Cook Time: 45 minutes
Servings: 10 servings

Use a dutch oven in this recipe for less dishes! The mushrooms in this dish are optional, but I suggest using them.  You can then use the mushroom tops to make stuffed mushrooms. Nutrition Disclaimer: The nutrition information presented on this site should be considered an estimate as the calculations will change based on the exact products you use in your own kitchen.

Ever wondered how to season burgers without buying