These delicious ooey gooey Blueberry Cream Cheese Cinnamon Rolls are part of a shop compensated by the social shopper amplification company Collective Bias® and its advertiser because I am a member of the Social Fabric® Community. #CollectiveBias 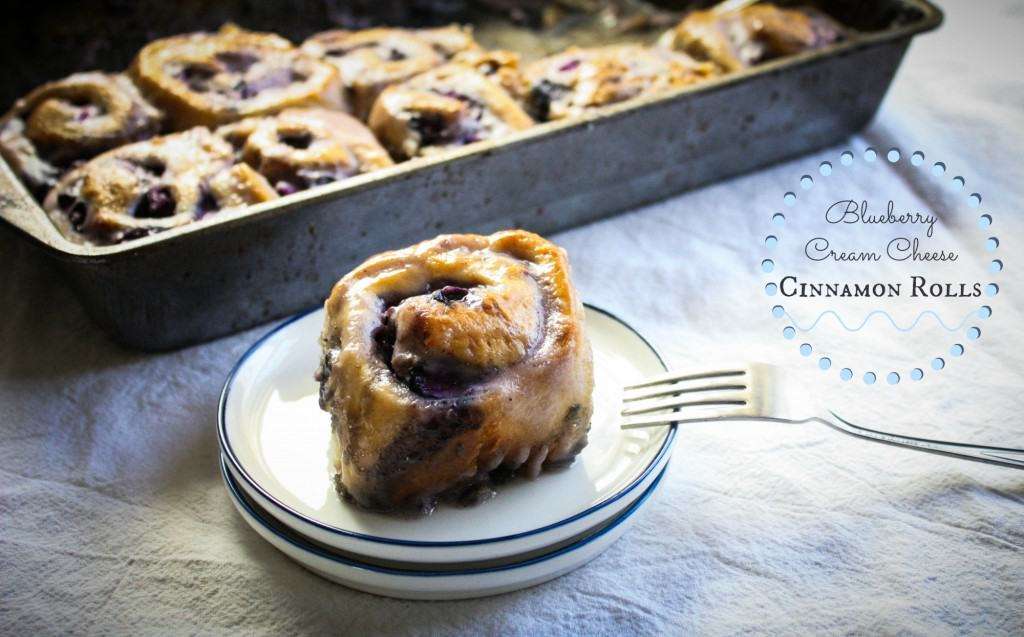 I love breakfast foods, and while most days I’m left rushing out the door with a toasted onion bagel with Garden Vegetable Soft Cream Cheese Spread (#SpreadtheFlavor) in one hand and a coffee (that I usually manage to spill on myself) in the other, I do love to plan ahead and make delicious breakfast dishes like these Blueberry Philadelphia Cream Cheese Cinnamon Rolls. What really makes these Blueberry Cream Cheese Cinnamon Rolls come together is using Philadelphia Blueberry Cream Cheese in both the filling AND for the glaze. Because cream cheese is used to coat the blueberries in the filling, you’re left with a delicious creamy blueberry cinnamon ribbon on the insides, and the glazed golden outsides…and an added bonus is that your house will smell AMAZING after baking this dish!

Let’s take a quick poll…hands up if you love warm cinnamon rolls? Ah, I can sense that everyone’s hands are raised (including mine). You want to know what makes the classic breakfast dish even yummier? Adding fresh fruit and using blueberry cream cheese to really elevate the flavor.

To pick up the ingredients I headed over to my local Walmart and found the Philadelphia Blueberry Cream Cheese in the Cream Cheese Spread Isle. 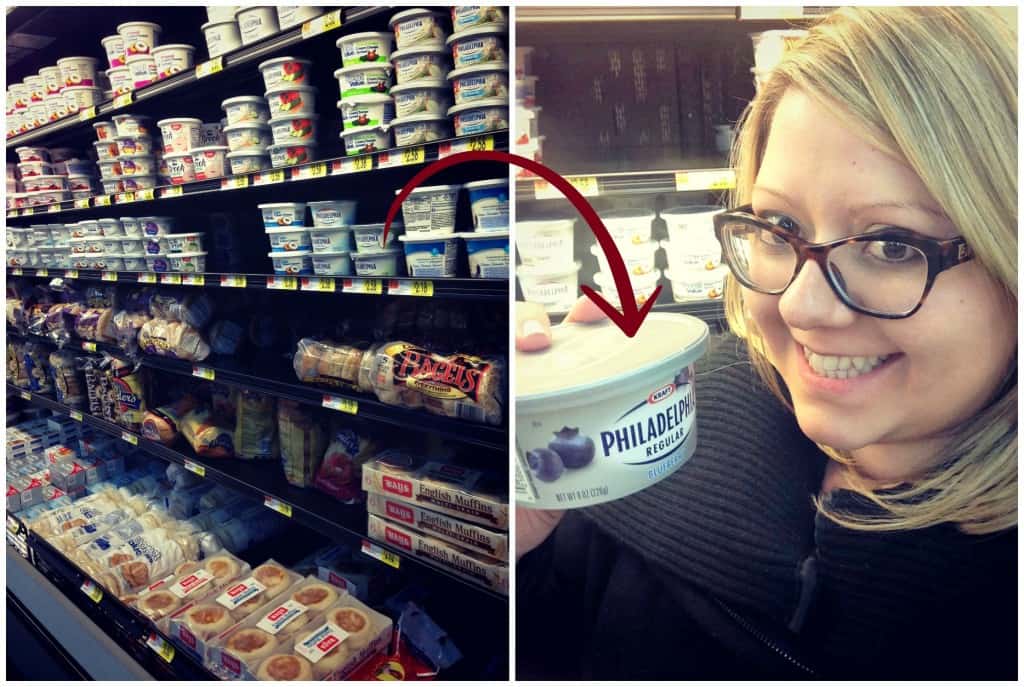 When I set out all my ingredients to make these Blueberry Cinnamon Rolls I kept looking back at my notebook where I had written down my test recipe not believing I had everything. That’s one of the many things I love about working with Philadelphia Cream Cheese in recipes, one can create amazing tasting dishes using fewer ingredients because the flavored cream cheeses do all the work (see below the recipe for meal ideas using other flavored cream cheese spreads!) 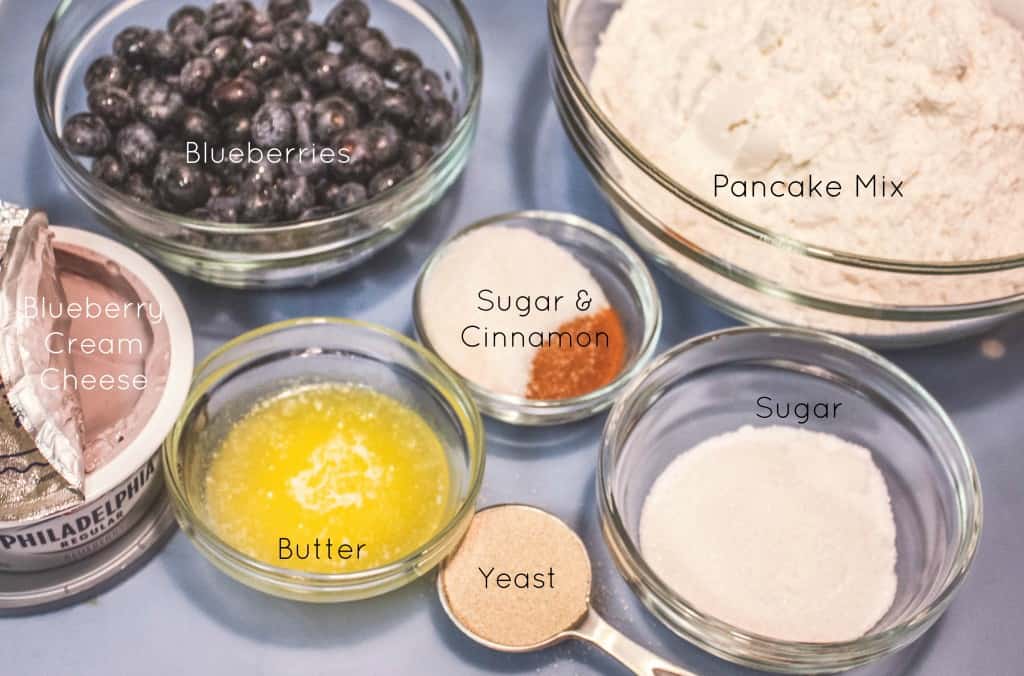 Ok, back to making the Blueberry Cinnamon Rolls…start by making the dough. I like to make cinnamon roll dough by using pancake mix and a little bit of yeast to make them plump right up. While the yeast is proofing, make the blueberry cream cheese filling with fresh blueberries. 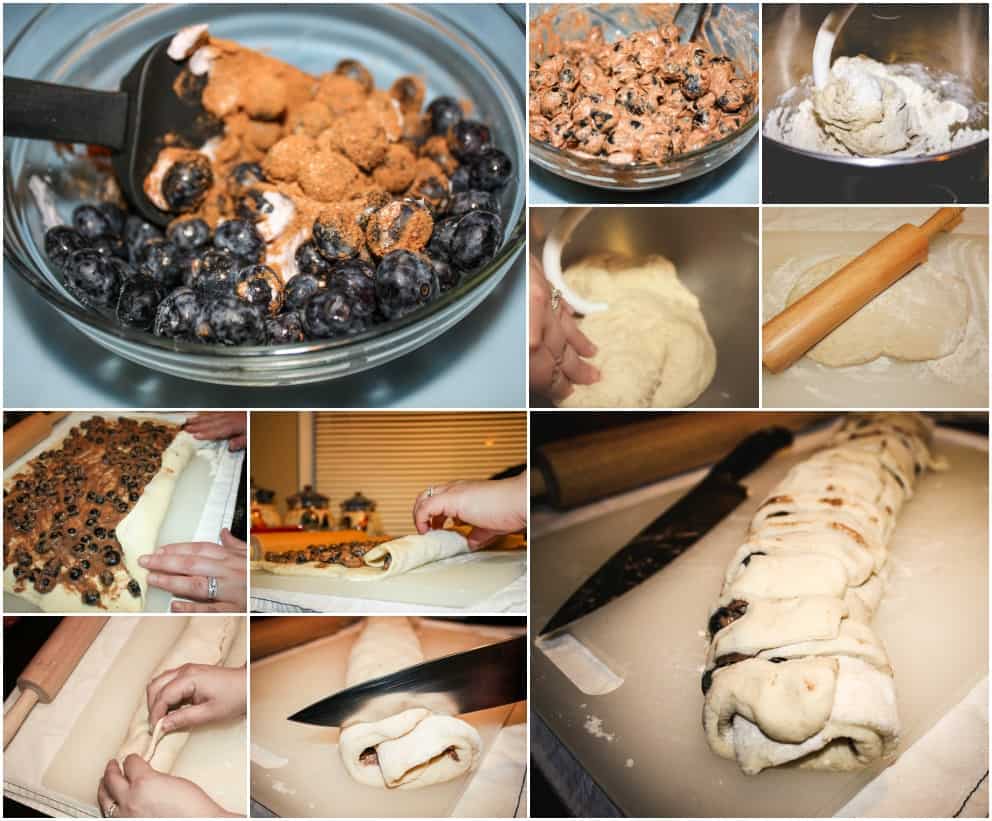 Then, after the dough is made and rolled out, spread the filling on the dough, roll it up, cut it, and place it in a pan. Then preheat the oven and bake the cinnamon rolls to perfection and glaze when they come out of the oven and serve warm (or re-heat in microwave for 30 seconds if cold) and enjoy!