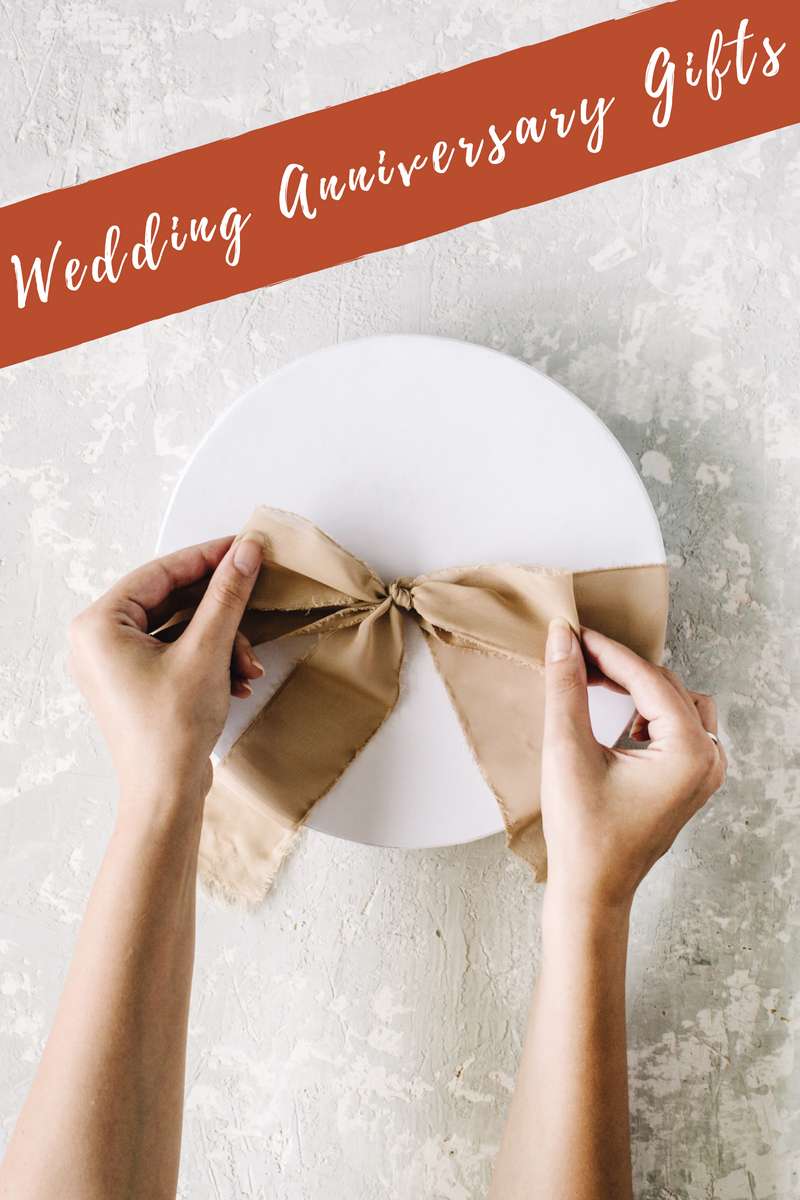 It all started when we were newly engaged. My husband and I went on a day trip with a married couple to a small town that had a little 2nd hand bookstore. I was flipping through a wedding etiquette book which included a list of wedding anniversary gifts.
We were all sitting outside on these big comfy leather chairs and I was jokingly reading the list. Our friends had been married a few years and the husband made a funny comment that they should have put silk and lace (12th and 13th year) sooner. His wife said jokingly “hey, you better still find me attractive in silk and lace in 10 years” lol.
I loved the idea of there being traditional wedding anniversary gifts every year, so we decided to do them when we got married.
Fast forward to after our wedding, we have been celebrating our wedding anniversary every year with the anniversary gifts. 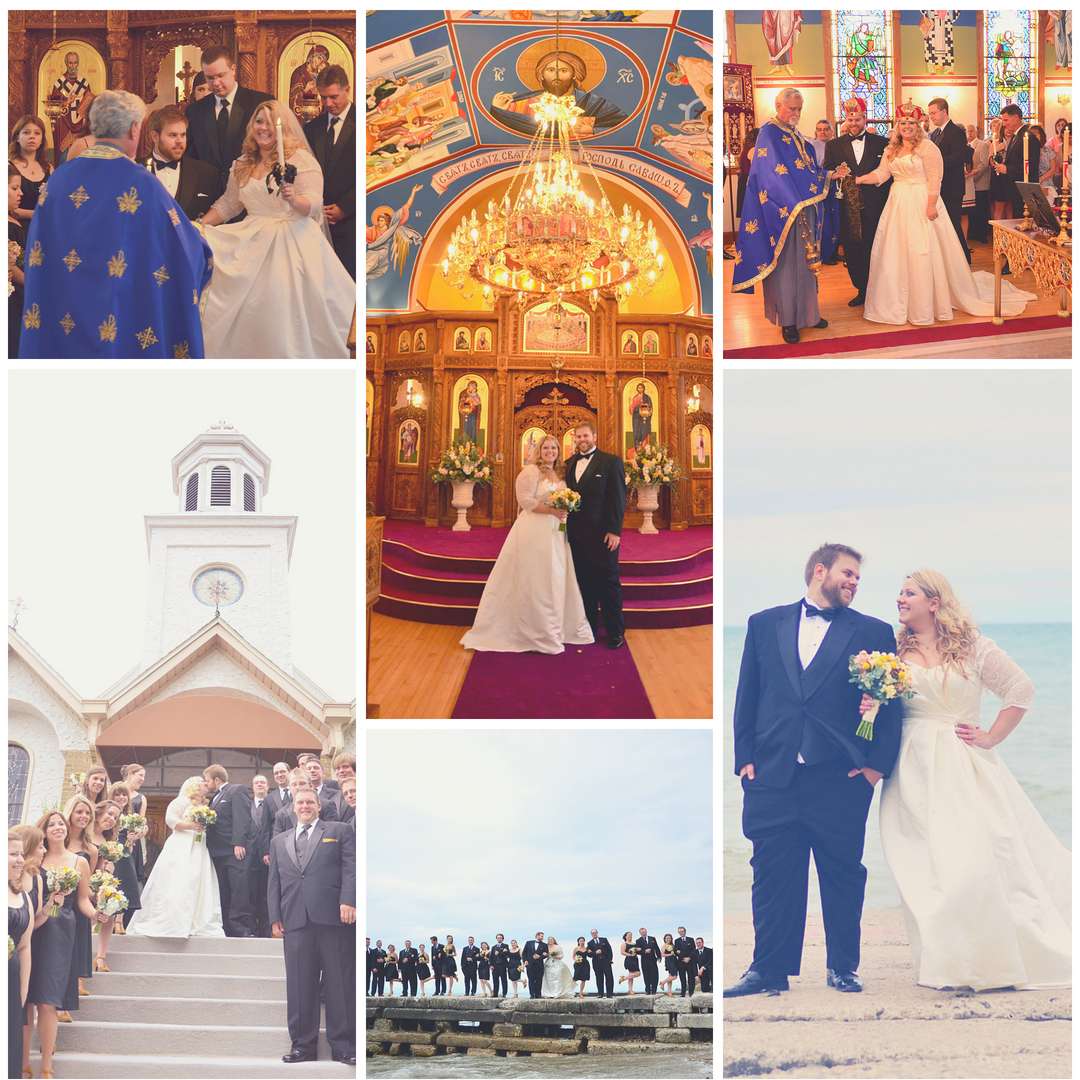 I love paper and stationary, so our first anniversary was really fun. Nick got me a paper certificate to my favorite paper store. I made him a collage of images on paper – it was giant poster sized. I had found this little creepy gnome (I love gnomes in case you’re wondering) at an antique store and would bring it different place (like at a restaurant) and then give it to the servers and they’d bring it out and he’d be surprised and I’d take a picture. It was hilarious. I did this for the first year of our marriage  – I’m so happy we’re still married lol. So for example, I brought it with me to the ball park and then when I went to the bathroom I gave it to one of the guys selling soda or hot dogs and told him the story how I was trying to surprise my husband. He played along and when I sat down, he came over, tapped Nick on the shoulder and said “sir, I think you dropped this” – I’m still laughing as I think about it. Poor Nick, it was so funny. So I made a little paper cut out of the gnome and sent it to everyone in our wedding party (we had a big wedding – 8 girls and 12 guys) and had them take pictures with the gnome, then I made a collage of all those photos and printed it, it was very fun.
From there on out, we’ve had so much fun following the traditional wedding anniversary gifts, and it’s a tradition I look forward to celebrating each year. Here’s to making it to the Moonstone anniversary (85th) – hey, by that year, moon travel might be a thing and we can go to the moon and get a stone together? Who knows what 2097 will be like!? I can only hope that I have Nick by my side to celebrate with.
I’d love to hear in the comments section from you – do you celebrate anniversaries with any traditions?

Curious what the wedding anniversary gifts by year are? Here’s a list: