These steak fajita tacos for two are perfect for a date night in or dinner that serves two and comes together in less than half an hour! 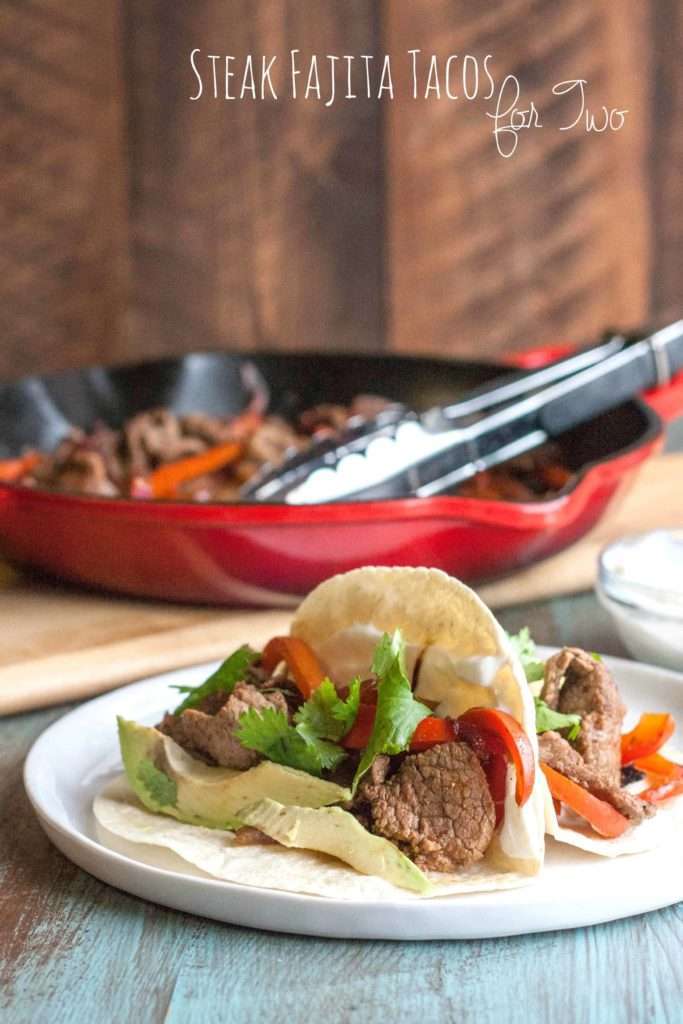 I come from a family of 6 so dinnertime was always family style…and for 6. When I moved out on my own and even after I got married, it took the longest time to adjust to cooking for fewer people. Even now, I’ll make something that serves more than just my husband and I and we’ll have it for leftovers or I’ll freeze the rest. 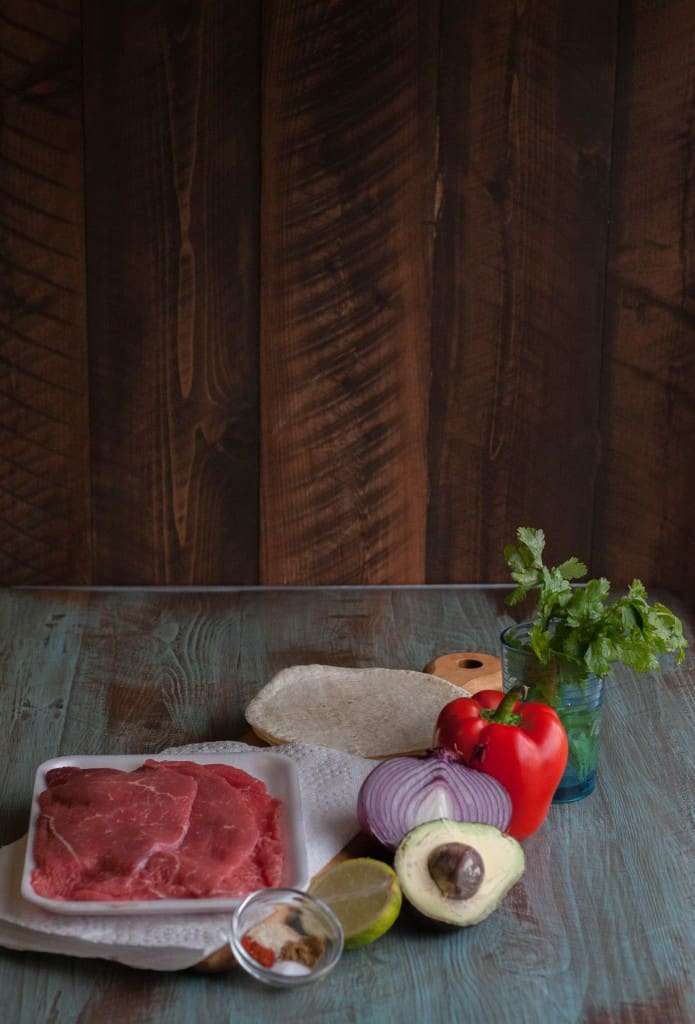 When I make something ‘for two’ it always feels like a special occasion (like these steak and mushroom sandwiches), and it always reminds me of Christina from Dessert for Two whom I’ve had the pleasure of meeting at ChoppedCon (here is a picture of us – sorry about the blur, I was clearly suuuper excited). 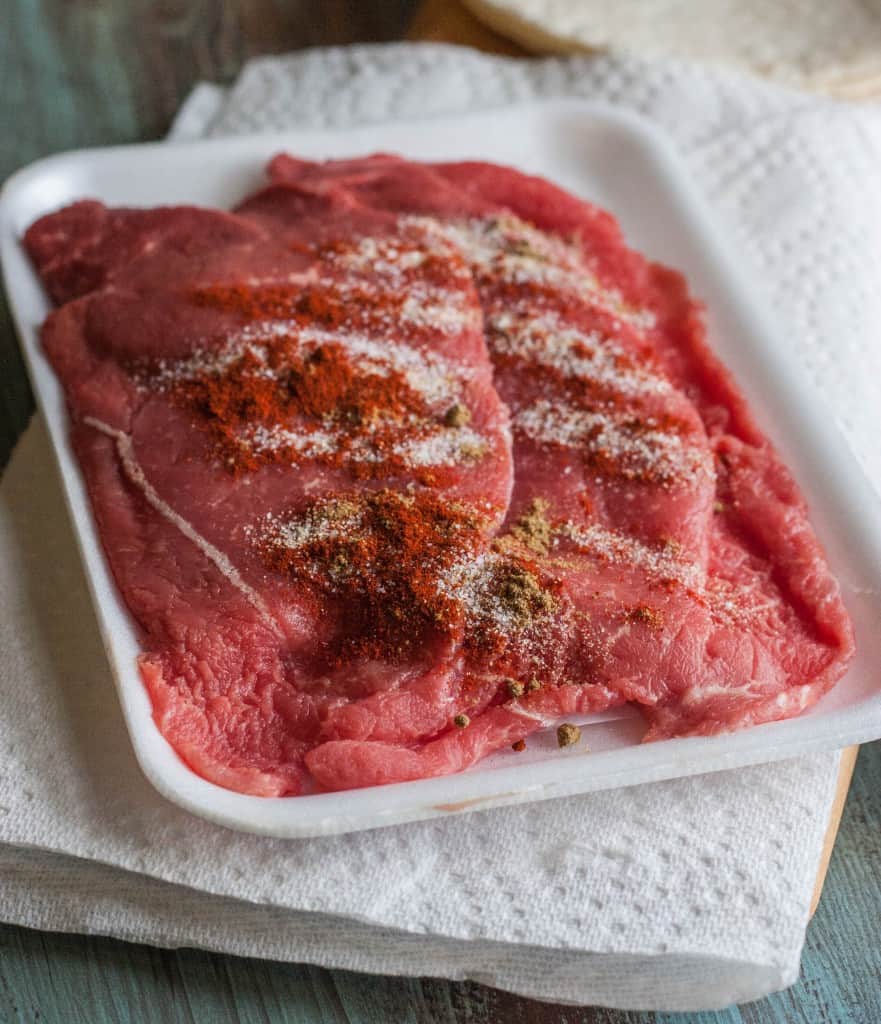 Christina makes small batch desserts, has an amazing cookbook out, Dessert for Two (last week I made peanut butter swirl brownies from her cookbook and they were super delish), she just announced her second cookbook, AND SHE IS EXPECTING her first child!!! 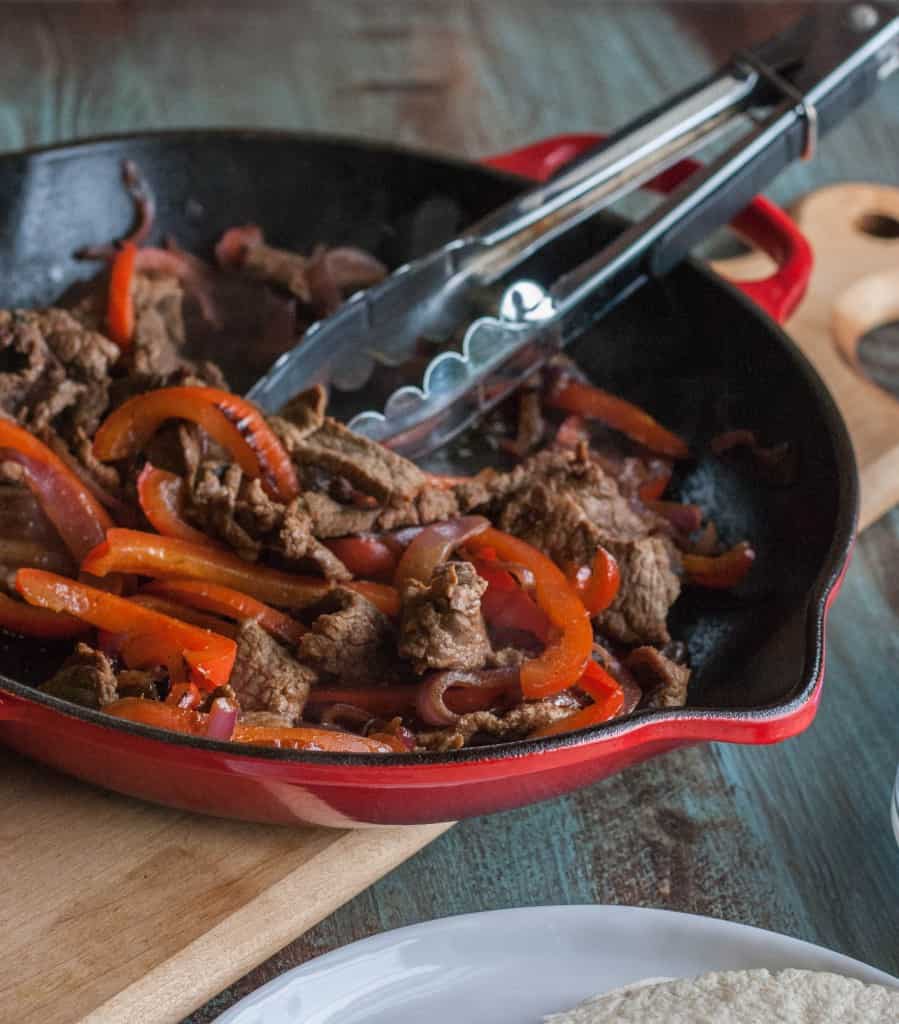 So today, as part of a virtual baby shower for Christina, I made steak fajita tacos for two. 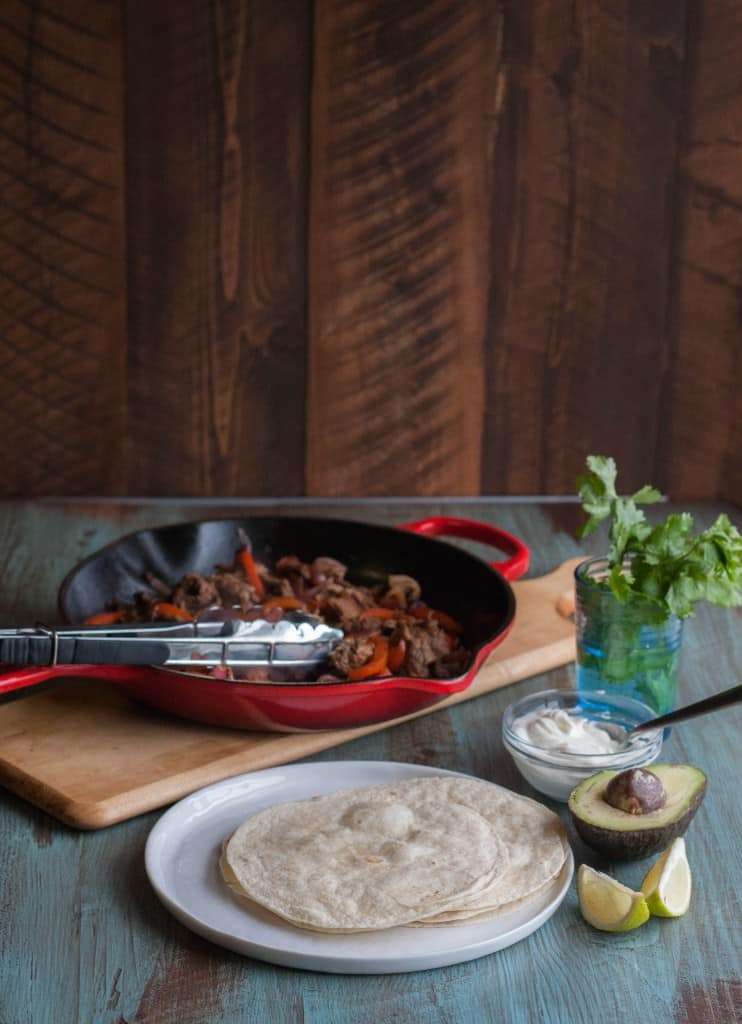 Christina is from Texas, so I wanted something with bold flavors, and really I couldn’t think of anything more perfect than steak, and tacos. Taco Tuesday anyone? Plus, Christina is due in May, and that always reminds me of Cinco de Mayo! 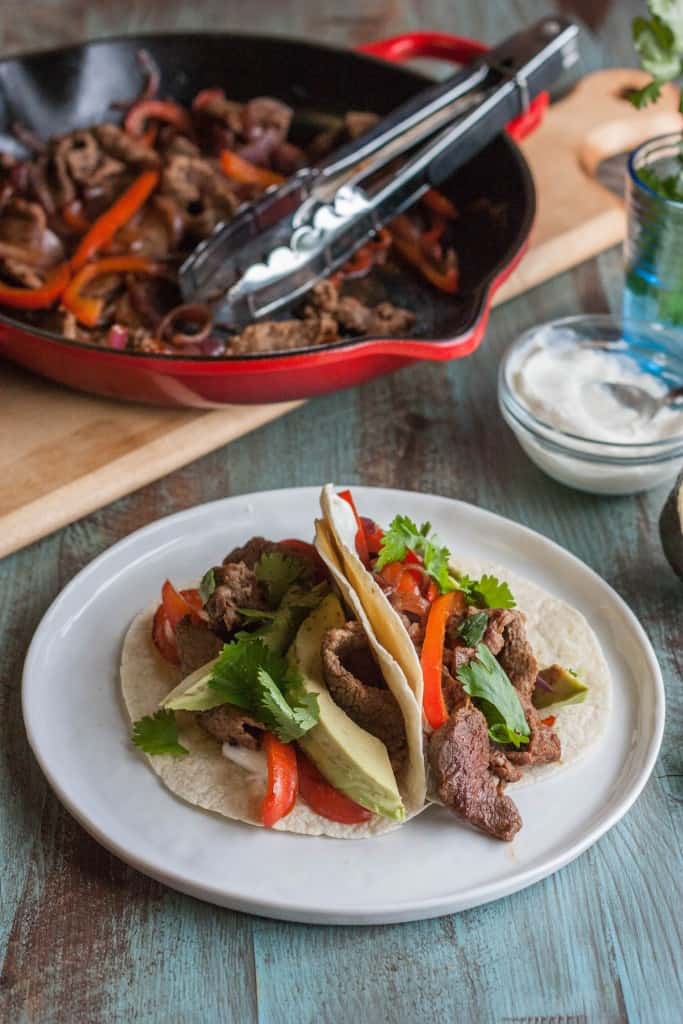 The steak is seasoned with spices and is cooked with onion and peppers (you can add peppers with more heat if you like more of a kick) and is then served with toppings, coming together for the perfect tacos. 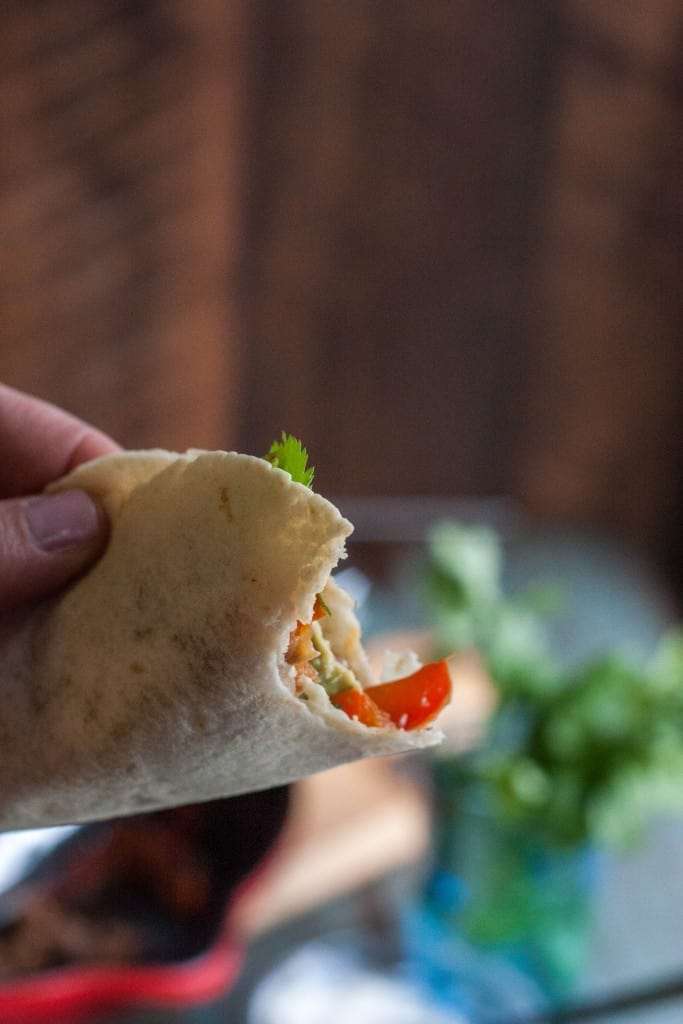