These ham and brie crostini are perfect for an appetizer or for a fancy toasts recipe which can be enjoyed at any time. 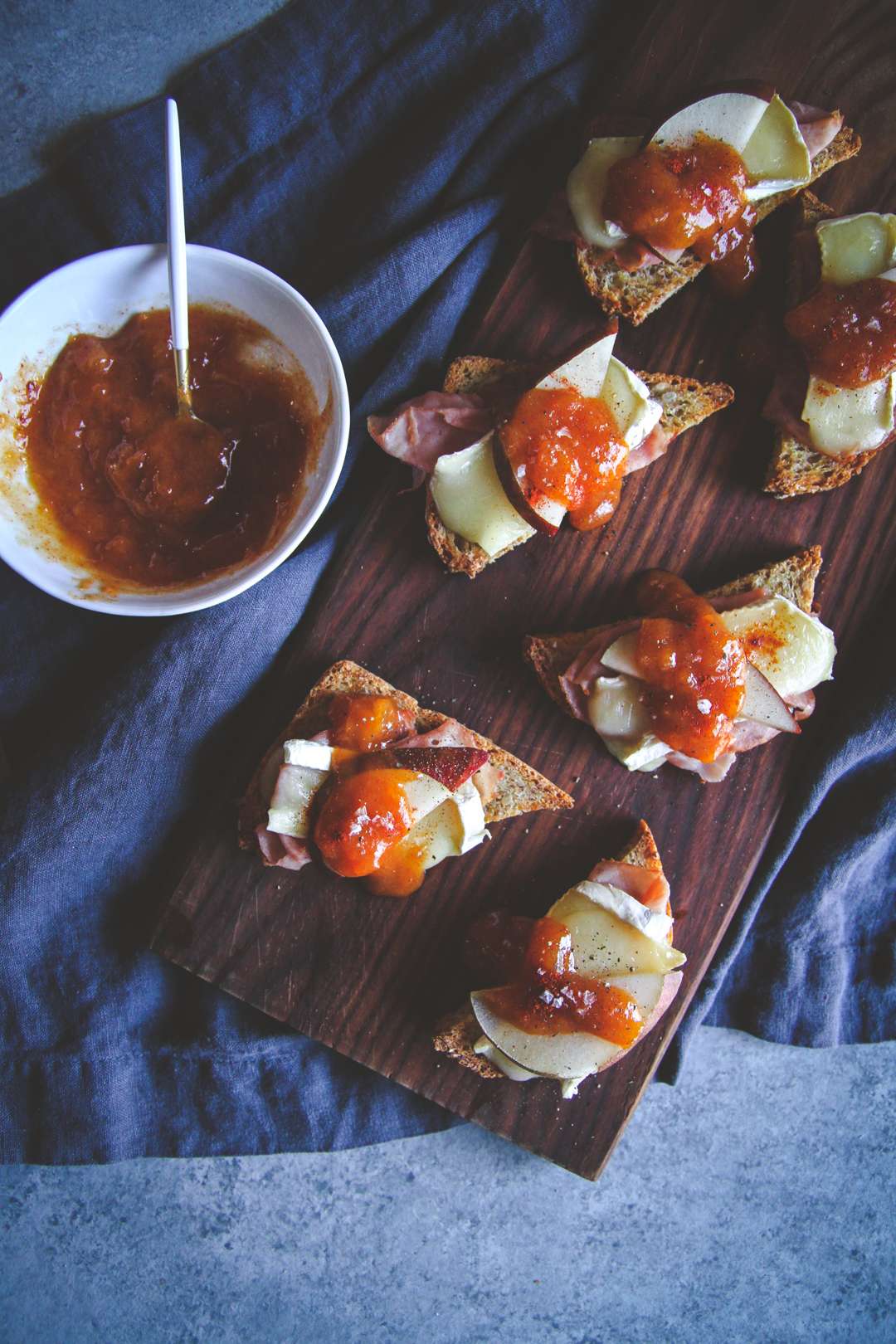 Crostini are typically an appetizer consisting of small slices of grilled or toasted bread with toppings.

I know if I’m at a party and there’s a fancy little appetizer that looks like a crostini, I’ll go right for it.

BREAD! AND TOPPINGS! Am I right?

I’ve been so busy and crunched for time lately, that ‘fancy toasts’ as I like to call them have become a main dinner staple (or breakfast staple, like these ricotta pear almond honey toasts). 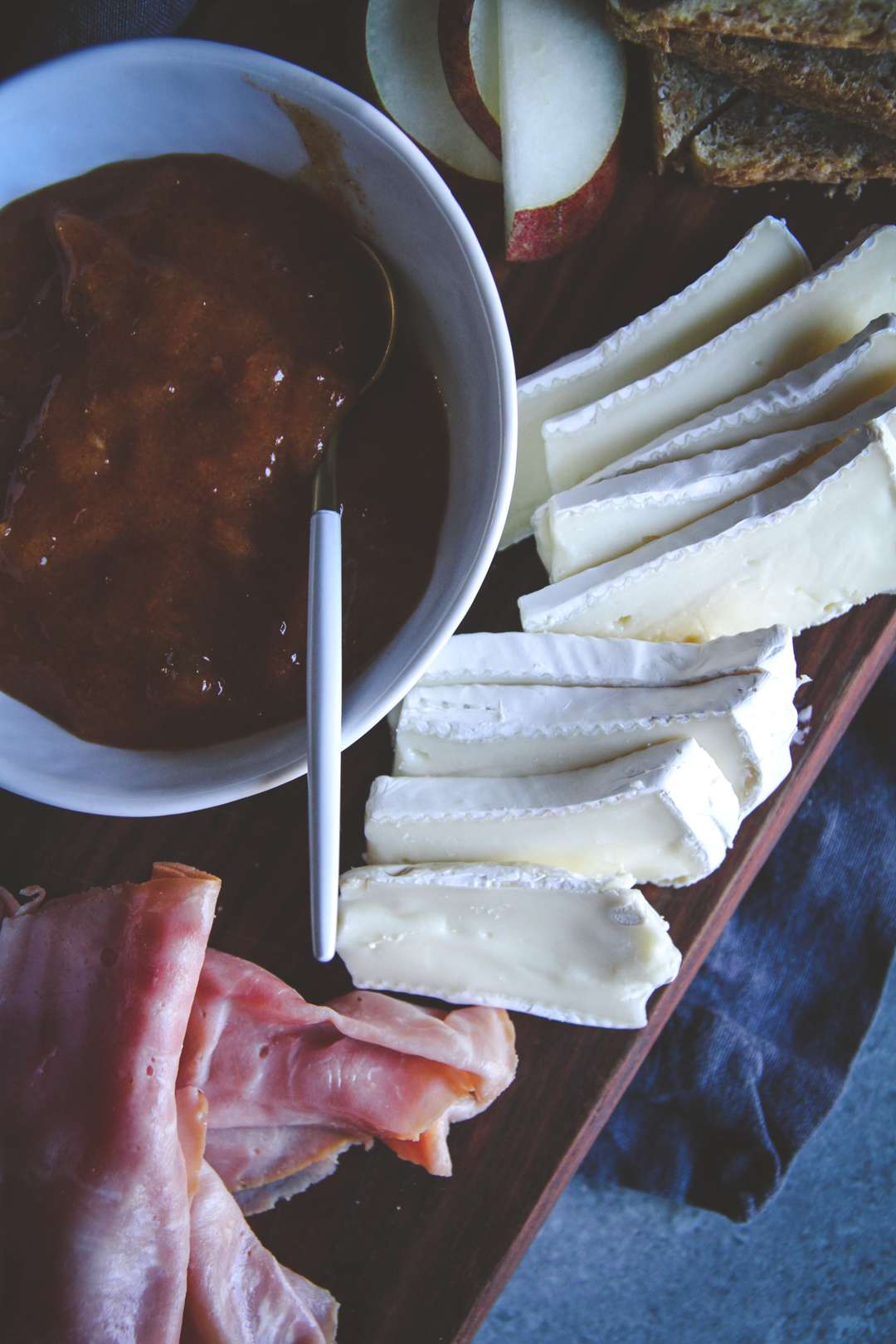 My fancy toasts are basically bread, with toppings, that’s why I’m calling these ham and brie crostini fancy toasts, because they can be enjoyed as either an appetizer, or as a main meal. 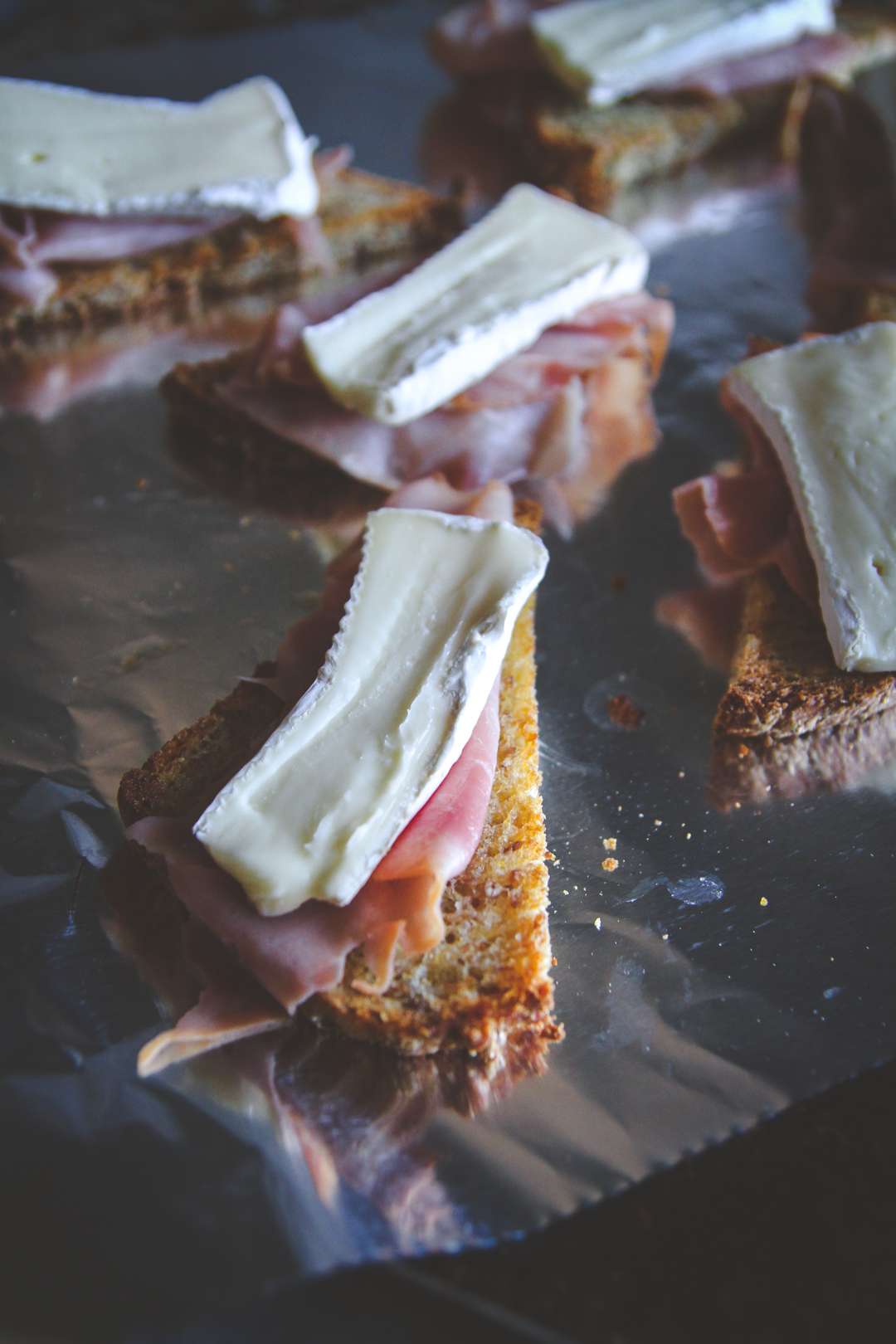 With Easter just around the corner I had ham on my mind. As I was thinking about what I could make for dinner, I opened my fridge to find that I had sliced ham and brie (never mind that I was going to use it for a cheese plate for guests this weekend, k?)

We had just finished watching Top Chef where one of the contestants (Carrie Baird) won challenges with toasts (yes, the other contestants made fun of her, but who cares, she won, right?) and with toasts on my mind, and then seeing ham and brie, these toasts became a reality!

I made them again when a friend came over, and we were going to serve them later for a party, but ended up eating them all as we were prepping them. No joke, these ham and brie crostini are amazing. 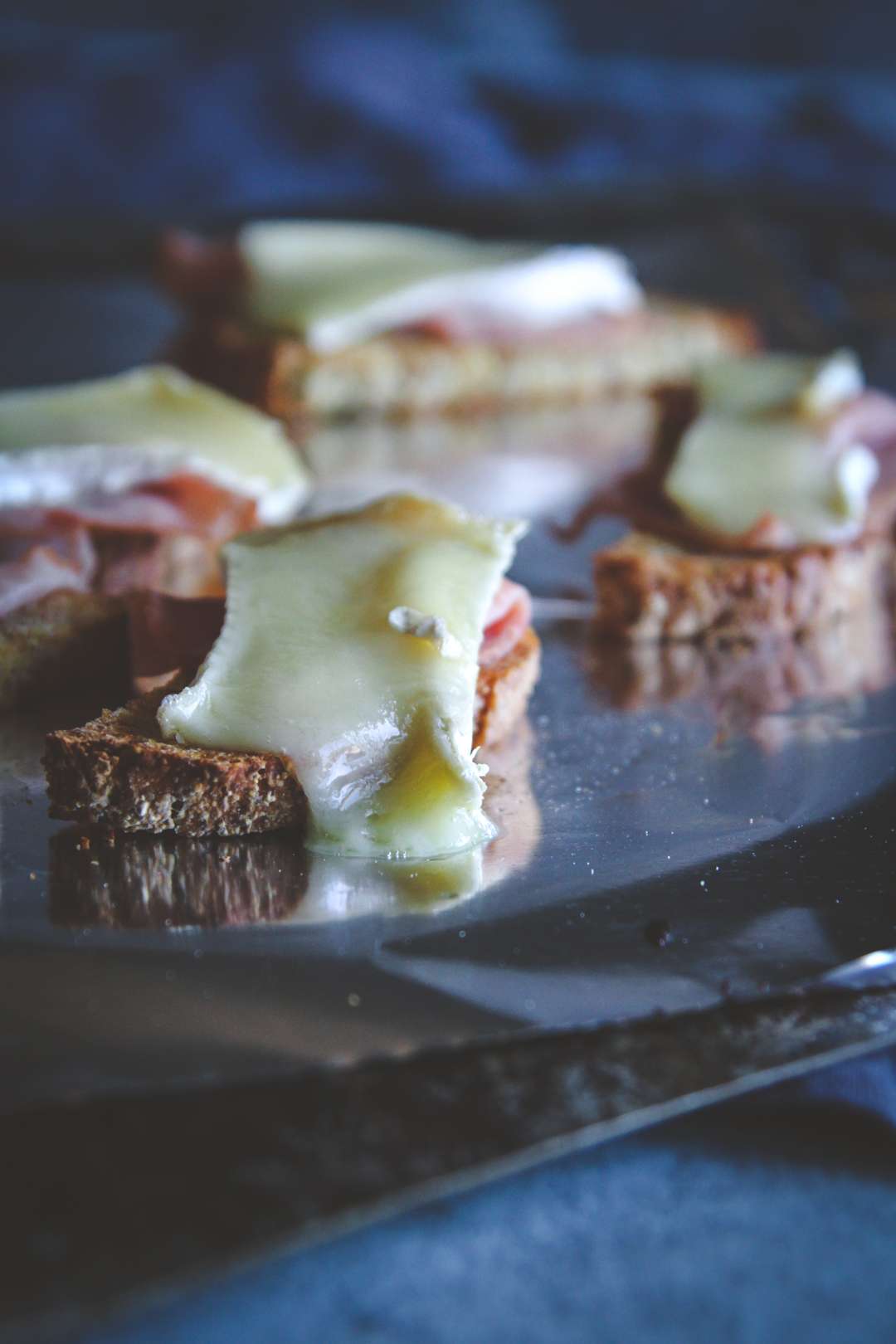 They’re made with super simple ingredients: ham, brie, bread, and are topped with a pear slice and then a dollop of sauce made from apricot jam and Dijon mustard and are dusted with paprika, salt and pepper. So good! 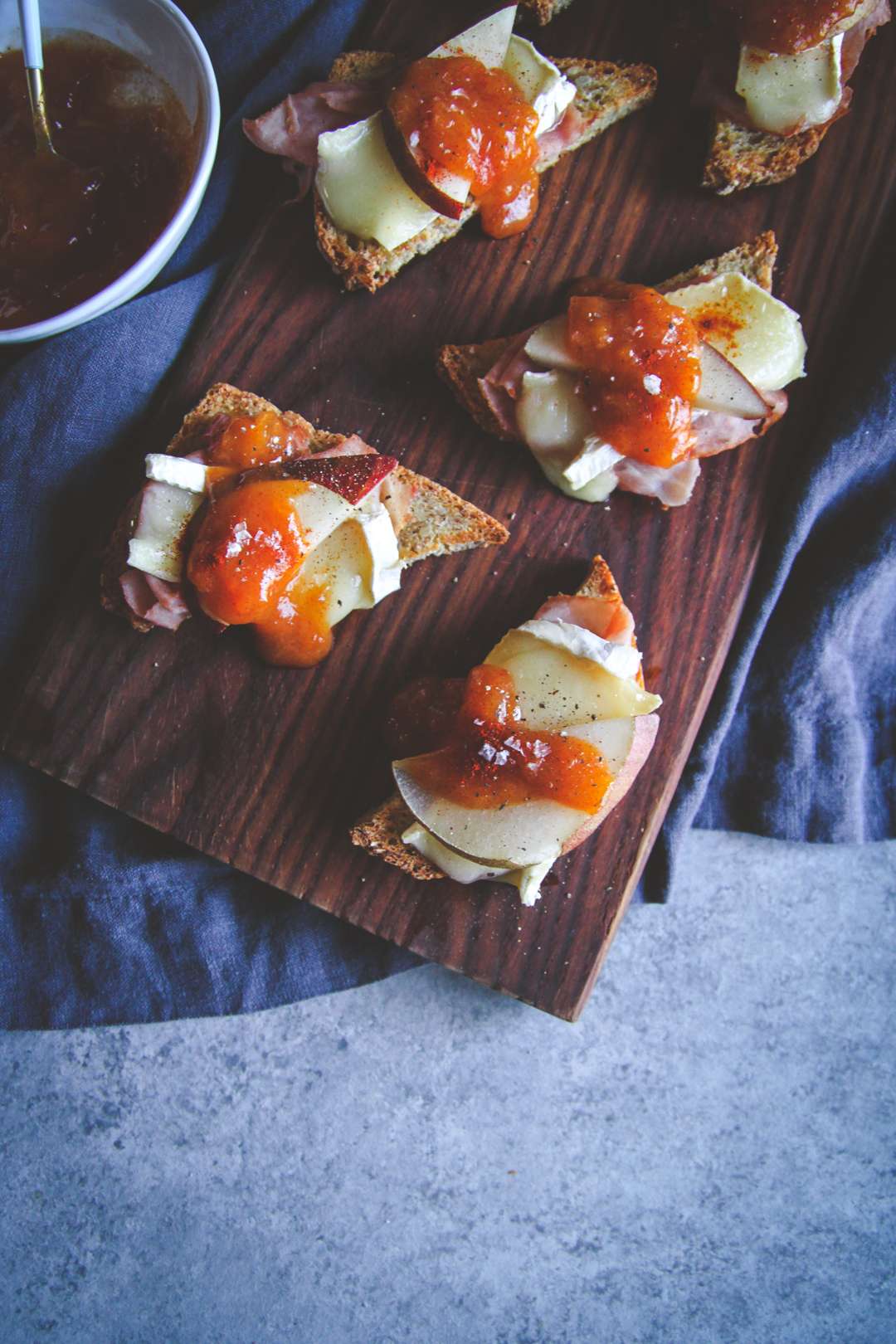 If you have any leftover ham from Easter, I would definitely say to try these toasts with leftover ham! 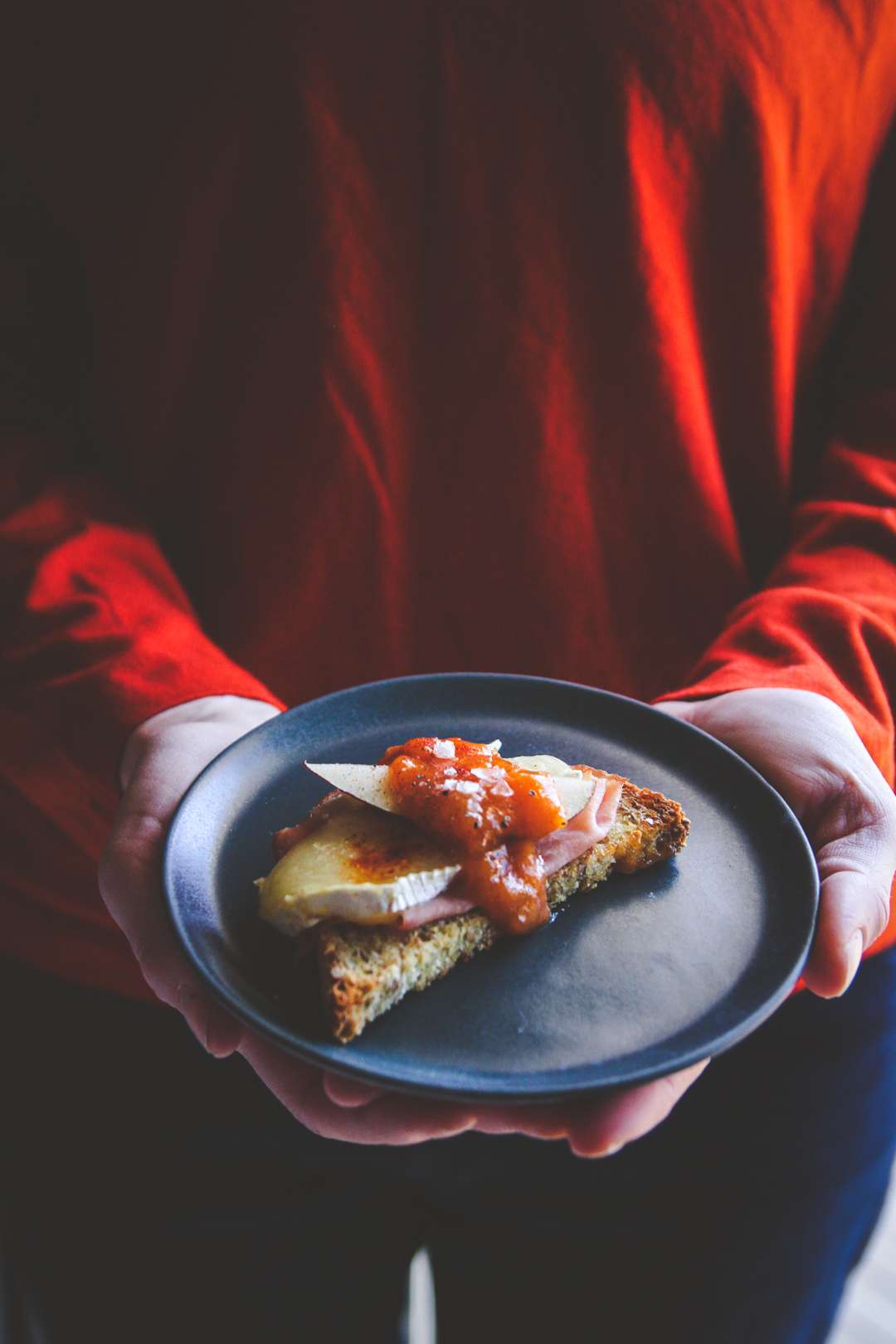 Are you a fancy toast person?

These ham and brie crostini are perfect for an appetizer or for a fancy toasts recipe which can be enjoyed at any time.
0 from 0 votes
Print Rate
Prep Time: 5 minutes
Cook Time: 15 minutes
Total Time: 20 minutes
Servings: 12 toasts or 24 small crostini 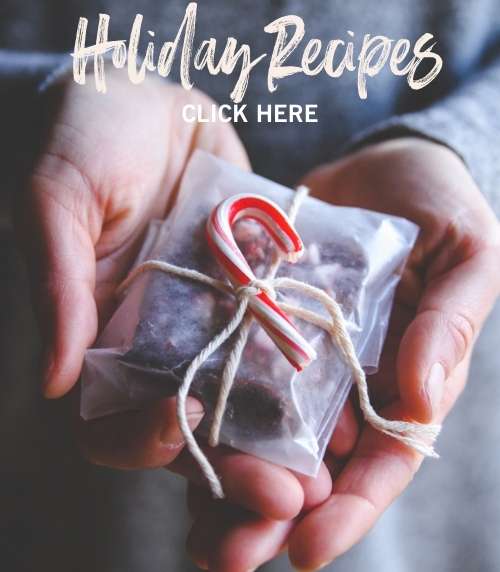